Tech Degrees on the Decline While Demands Grow 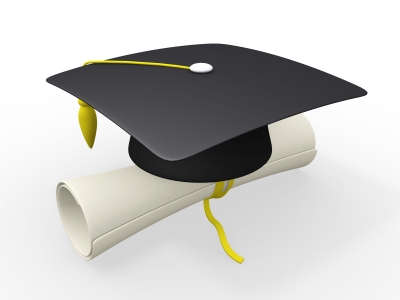 As things continue to progress at increasingly fast paces, the need for the employees to stay on the cutting edge of technology is important, and so the playing field seems to be ever changing. A recent study conducted by Economic Modeling Specialists International reveals that in the US between 2003 and 2012, the tech field itself has grown about 13%, while the number of actual degrees issued in related fields has decreased by 11%.

While the field did see a lull between 2006 and 2009, the numbers have been on the rise since that time. Even so, the number of issued associate degrees and higher is almost 14,000 less than it was in 2003, with the biggest decreases being in computer science, computer and information sciences, general, and computer and information sciences and support services. Looking specifically at those areas in the country that has some of the largest tech related companies, the decreases in 2012 as compared to 2003 were New York City seeing a 52% drop, San Francisco 55%, Atlanta 33%, Miami 32%, and Los Angeles with a 31% decrease.

The report speculates that “This might reflect the surge in certifications and employer training programs, or the fact that some programmers can get jobs (or work independently) without a degree or formal training because their skills are in-demand.” Others have speculated that the reason for the decrease is due to the increased amount of tuition to enter into a field where the graduate themselves become somewhat obsolete within about ten years of their career, and if they don’t, it still requires additional costs and training to keep up each year, which deters some from entering the career to begin with.

Maybe the tech positions are switching playing fields and going into some of the fields that have actually exploded with growth in the past few years. The Career Builder edition of the report states that “Health degrees climbed 112 percent from 2003 to 2012 (most in nursing and allied health fields). Liberal arts and humanities degrees increased 47 percent, followed by engineering (37 percent), business, management and marketing (33 percent) and education (18 percent).”

Matt Ferguson, the CEO of CareerBuilder states, “The slowdown in IT degrees over the last decade may have been influenced, in part, by the dot-com bubble collapse and by more recent trends of tech workers being trained by employers or trained through informal programs outside of a traditional academic setting, The deficit in IT degree completions is concerning when you consider that there is already a considerable gap between the demand for and supply of IT labor in the U.S. today. Degrees in health professions, engineering, business, liberal arts and education are growing rapidly and we need IT degrees to keep pace.”

Another possibility for the decrease in the US output in this area is because more and more companies are outsourcing their IT work to save money. One commenter on an article related to this issue was blunt in saying, “A major contributor to the decline in I.T. degrees is the policy this country continues to promote of allowing tens of thousands of H1-B visa tech workers being imported by greedy tech companies EACH YEAR. This lowers the demand and salaries of Americans. Young people are not stupid, they see this continued failure of leadership.”

If these numbers are accurately showing the current trend in the IT field, then the assumption would be that all of those IT people out of work should be having an easier time finding a position since fewer new graduates are entering the work force. Whether this is actually the real-life scenario is the real question, and for those of you out there currently seeking a tech position, hopefully this is the case.