Technology and Blockbuster – Busted After Years of Service 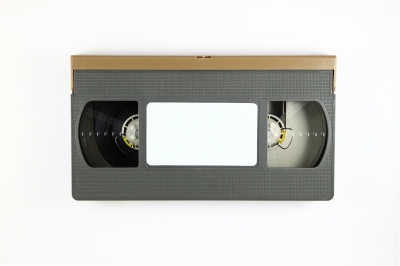 Times change, and, sadly, technology makes some things obsolete. Every decade or so we can look back and see such changes as time flies by. And so it is now for the large movie store chain Blockbuster, which got its start in 1985, and grew to be a huge name in video rental services. They became common place everywhere you looked it seemed, at one point having more than 9,000 stores internationally that employed upward of 60,000 employees. Then the idea of mail order videos and companies like Netflix hit the market. With less overhead, no stores, and only distribution mailing centers, Netflix brought the convenience of movies to your mailbox.

Seeing the changing times, Blockbuster followed suit and likewise developed a mail-order side to their world. I was personally a fan of Blockbuster and video stores in general just for the excitement of visually looking for movies, and the whole in-store experience. I did a trial period with Netflix, but eventually went back to Blockbuster to get the best of both worlds with their combo setup of mail-in and in store package.

When streaming videos became the hot new thing, I personally didn’t take to it, and continued the course. But alas, things change so much sometimes you just can’t ignore it. After a while more with Blockbuster, their streaming service was too costly for my budget, and they kept altering their mail order service and raising the price while eliminating features. That added to their continual bad online service again and again, and I finally called it quits and went full time with Netflix.

Netflix offered the mail order and streaming, which I eventually warmed up to. Sometimes technology takes a little longer to really grab us older folks, but I eventually caught the bug. So much so that I quickly saved a few bucks and trimmed my service down to just streaming and no physical DVDs. Then along came the Red Box, offering the ability to still get hot new physical discs for a more than reasonable price. Shortly after that came the Blockbuster blue box, mimicking the Red Box idea. Sadly, I knew it was doomed to failure when they set their prices at more than twice the cost that Red Box had.

Well, technology changed quickly, and somehow Blockbuster either failed to see it coming, or just wasn’t able to make it work to their advantage. After years of trimming back and being bought out, it has now been announced that Blockbuster will be closing the last 300 store locations and exiting the retail field. Both the stores and their mail-order disc programs will be gone by early 2014 according to the recent article on Yahoo News.

Technology progresses and old technology must eventually be replaced. As the article rightfully states, “It's yet another sign that physical media is all but obsolete for most movie-watchers — in an age where video game consoles, DVRs, and dedicated set-top boxes can bring a huge movie library to your home, it looks like there's no place left for the former king of rentals.” The streaming Blockbuster Now program will continue to be offered though, and as a related article from Time states, “It’s not quite the final curtain: 50 franchised stores will remain, and satellite TV provider Dish, Blockbuster’s owner since 2011, says that the brand won’t disappear entirely.”

I recall the years prior to Blockbuster, when a mom-and-pop rental store was found in every small town. But as is usually the case, when the big video super-store Blockbuster came to town with better offerings and those mom-and-pop store couldn’t keep up. Now, all of these years later, that super video store is being phased out too. I look back on it all with a little sadness at what was lost with the hands-on personal touch store scene, but as is usually the case from decade to decade, the new technology is much more convenient, and in the long run, more cost effective for everyone.

All of this to say that it is always important to keep your eyes and ears open, being sure to pay attention to where your career field may be heading in the near future. It is not always possible to foresee all potential directions that things may take, but it is important to be watching out for how new technologies may affect your job, and take action early if need be. When you are conducting your job search, be sure to at least try to get into a position that has some room to maneuver into other areas if things start changing directions for you.

The former CFO of Netflix is in another 'knife fight,' but this tim...
news from Markets

New forces in enterprise tech are triggering a wave of mega-deals a...
news from Markets