Teens Aren't Smoking as Much, Instead Texting and Driving 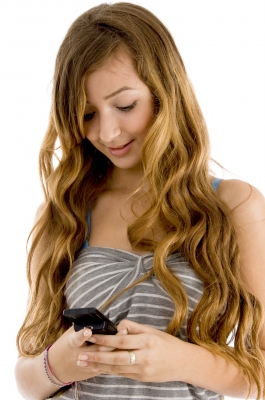 A new study published by the Centers for Disease Control and Prevention show some interesting trends in teenage behavior. A recent National Risk Behavior Survey involving 13,000 American high school students monitored risky behaviors such as texting and driving, smoking, drinking, drug use and sexual activity. One risky behavior that seems to be losing popularity is smoking, but another one is taking its place, texting and driving.

These numbers don't tell the whole story, unfortunately. The decline in teen smoking can really only be attributed to cigarette use. The Food and Drug Administration does not regulate cigars, which face fewer taxes and can be marketed with fruit and candy flavors. More students report using smokeless tobacco as well, with 8.8 percent reporting having used products such as moist snuff. This number is up from 7.7 percent in 2011. In addition, e-cigarette usage is on the rise.The CDC reported that 10 percent of high schoolers had tried an electronic cigarette in 2012, up from 4.7 percent in 2011. Electronic cigarettes are perceived to be less harmful than regular ones, but they still contain addictive nicotine and other harmful chemicals.

As for texting and driving, the numbers are concerning. South Dakota had the highest percentage, 61.3%, of teen drivers who admitted to texting or emailing while behind the wheel. Massachusetts had the lowest percentage of 32.3%, but that's still a staggering 1 in 3 teens. This is the first year that the texting and driving question has been asked in the survey.

In February, the Senate passed Bill SB 211, making texting while driving a primary offense and using a handheld cell phone while driving a secondary offense. While many states have passed laws banning texting or cell phone use while driving, the fact is many people continue to engage in these behaviors, with often tragic consequences. A study conducted by Virginia Tech shows that texting and driving multiplies the risk of a car crash 23 times, making it more dangerous than driving under the influence of alcohol or marijuana. "Texting while driving has become a major hazard on our... roads," says Governor Earl Ray Tomblin of West Virginia. "Frankly, too many people have died, and too many have already been seriously injured due to the distracted driving caused by cell phone use, including texting."

The results of the Risk Behavior Survey do show a general upward trend in risky behavior despite the concerns over texting and driving. "Overall, young people have more healthy behavior than they did 20 years ago," says Dr. Stephanie Zaza, who oversaw the study at the CDC. Stricter laws and more awareness of the issue will hopefully lead to a downward trend by the time the next national survey is administered.

(Photo courtesy of imagerymajestic at FreeDigitalPhotos.net)