The Argument Against Corporate Tax Avoidance 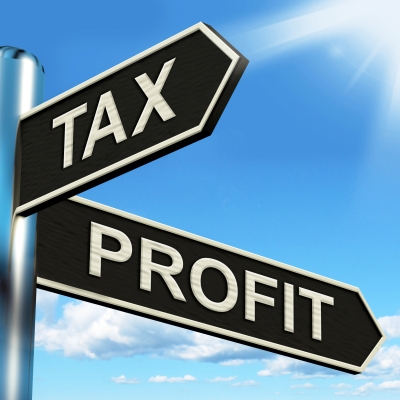 Corporations in the United States pay a 39 percent corporate tax rate. Because of this, many corporate finance teams choose to place a corporation's profits in offshore accounts where the funds are not taxable. This type of corporate tax avoidance benefits corporations, stockholders and may even benefit the consumer. However, the tax avoidance prevents the government from collecting taxes that are then used on education, roads and other important public services.

The argument against corporate tax avoidance is simple: when corporations do not pay their fair share of taxes, they deprive the government of money that could be used for public service projects as well as the military, healthcare and education. Likewise, when the government is unable to collect the funds it needs, it responds by raising taxes on individual Americans.

Corporate tax avoidance is not limited to just the United States. The European Union is currently investigating Apple and Starbucks tax breaks in an effort to close tax loopholes that allow corporations to avoid paying taxes. While the economies of many countries continue to struggle, collecting additional taxes is one way to achieve beneficial gains. The European Union and the United States governments both have huge incentives to collect all of the taxes they are legitimately owed, especially by large corporations such as Apple and Starbucks.

The corporate finance teams, on the other hand, argue that maintaining high profits through corporate tax avoidance benefits the economy, both by allowing the corporations to keep prices low and by enabling corporations to retain the funds required to develop new products and build new facilities. On this side of the argument, more corporate money stays in the economy instead of going to the government through the avoidance of taxes.

There's one more reason why corporate tax avoidance is so prevalent. To quote a recent CNN article: "Corporations say they keep so much profit offshore because they have a fiduciary responsibility to their shareholders to maximize profits by any legally allowed means, including avoiding taxes." When corporate finance teams believe they have a responsibility to maximize profits for stakeholders, corporate tax avoidance is one result.

In the case of Apple, tax avoidance allows the corporation to pay an effective tax rate of 12.5 percent instead of the standard 39 percent corporate tax rate. According to CNN, if the IRS were able to collect these avoided taxes, the U.S. government would receive an additional $18.4 billion dollars, just from Apple. That's money the government would be happy to have and use.