The Evolution of Black Friday 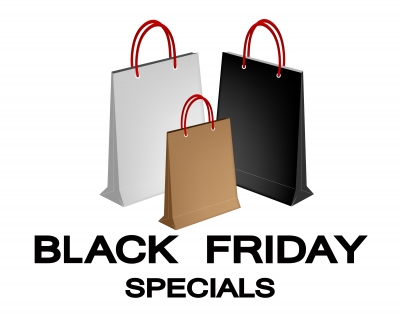 For years, the Friday after Thanksgiving has been known as Black Friday. For the retail industry, it's one of the biggest shopping days of the year, and many consider it the official start to the Christmas shopping season. While the shopping tradition has been around for decades, it didn't begin until the 1960s, and since then, it's evolved into a massive event that people either love or hate.

The term "black Friday" was originally used in the United States to describe a financial crisis in 1864. It wasn't until 1961 that a Philadelphia public relations newsletter used the term to refer to the shopping day after Thanksgiving. Many merchants weren't thrilled with the negative connotations of the nickname, but the term stuck and eventually began to spread across the nation.

In its early days, Black Friday wasn't a massive event. Stores throughout the retail industry would open their doors at six a.m. to give dedicated shoppers plenty of time to spend money. The practice continued through the 1980s and 1990s, but by the late 2000s, many retail establishments had begun opening their doors as early as four a.m., offering "door-buster deals" and "early-bird specials" to draw consumers away from the competition. Because these special bargains were limited in number, shoppers began camping out near the door of their favorite stores, hoping to be one of the few people able to purchase the deeply discounted items.

According to an article posted on Time.com, with the exception of 2004, Black Friday has been the biggest shopping day of every holiday season since 2002. Even the yearly reports of aggressive shoppers, people being trampled, and—in a few cases—shoppers being shot haven't stopped consumers from starting their holiday shopping the day after Thanksgiving. In fact, the popularity of the Internet has caused the Black Friday shopping phenomenon to expand immensely. Bloggers have begun posting Black Friday ad deals so that shoppers could plan their trips in advance, and most recently, stores have begun opening at midnight. And, in response to brick-and-mortar retailers' Black Friday success and the growing popularity of online shopping, the phenomenon known as Cyber Monday has evolved.

On Cyber Monday, the Monday after Black Friday, consumers originally could expect most online retailers to offer, at the least, free shipping; however, Cyber Monday deals have expanded. In 2013, many of the largest retailers fused Black Friday and Cyber Monday into a single event that spanned a little over a week. Some of these stores began their Black Friday events at about eight p.m. on Thanksgiving night for sales that continued through the entire weekend and through Cyber Monday, which, in some cases, has evolved into Cyber Week.

According to an article posted on The Christian Science Monitor's website, more than 2 million people shopped on Black Friday this year, but they purchased less than in previous years. This is because more people are now involved in what BusinessWeek has dubbed "mission shopping." They plan their shopping trips, head to the store with specific purchases in mind, find those items, and then leave. They are comparing deals from store to store and comparing local deals to online deals to ensure they're getting the most for their money.

While this new "tradition" of starting holiday shopping right after Thanksgiving dinner won't go away any time soon, most retailers won't be surprised to find online sales increasing over the next few years. There will always be die-hard Black Friday shoppers, but each year more people discover they can purchase heavily discounted items online and avoid the Black Friday crowds.