The Future for Social Media Experts 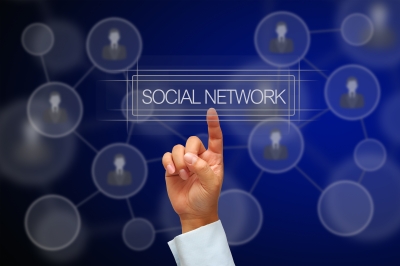 Fifteen years ago, social media experts were virtually unheard of. Now, however, you seem to find them everywhere. In fact, true social media experts have become an important part of the advertising landscape—and for good reason. Contemporary research has revealed a significant shift in consumer advertising preferences. People no longer rely solely on television or radio advertising; they also listen to friends' recommendations via social media before making purchase decisions.

The results of a recent European study reveal that more than 88 percent of polled consumers take friends' comments on social media networks like Facebook and Twitter into account before buying products. This phenomenon is a distinctly modern one, as previously, television and radio advertising led the promotional charge.

Curiously, this changing trend is a little more complicated than you might expect. Another recent study indicates that watching television and using social media are far from mutually exclusive activities. According to social media experts, the two forms of entertainment often go hand in hand: consumers use social media as they watch TV. The result is a powerful advertising combination.

You could compare double-whammy promotion and certain educational techniques. Some students learn best by watching others perform an activity or listening to teachers' lectures; others educate themselves by practicing techniques or reading texts. The most efficient learning often takes place via a combination of the two approaches. Similarly, it seems consumers learn about a product or a brand most thoroughly if they are exposed to it via both television and social media.

Still, there are many things to consider before you enlighten your clients about social media strategy. Many businesspeople are very familiar with television advertising standards; however, far fewer know about regulatory issues in the online world. The expansion of social media networks and growing online sales volumes have been accompanied by a steady stream of legal precedents. Data-protection laws, information-retention practices, and FDA guidelines all need to be examined by social media experts before they encourage clients into brand new territory.

Because of the complex and dynamic relationship between social media and traditional advertising strategies, it may be in your best interests as an advertising specialist to become a social media expert as well. After all, the additional skill may give you the edge your competitors simply don't possess.

When they remain sufficiently informed about consumer predilections, social media experts are undoubtedly a driving force behind successful social media strategy. The recent consumer preference shift from radio and television advertising to social-media-based advertising represents an ever-developing relationship between the Internet and the tangible world. According to social media experts, the best results come from a blend of online and traditional advertising—in fact, the two techniques augment one another.