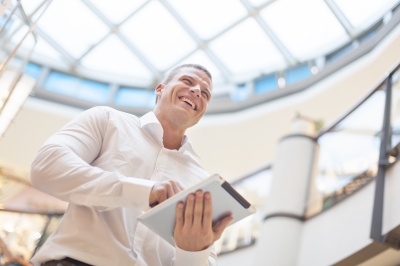 Facing an increasing threat from online giant Amazon—which is adding physical warehouses from coast to coast—mega discounter Walmart is pulling out all the stops for holiday shoppers. And that includes trying to beat Amazon at its own game: e-commerce. To bring itself up to speed, Walmart has launched @WalmartLabs at Walmart Global E-Commerce, its dot-com division. The goal is to beat out Amazon when it comes to pricing and same-day delivery. Compete, which tracks Web use, noted that Walmart.com had 62.5 million unique visitors in August vs. Amazon’s 133 million.

To fill needed slots in @WalmartLabs, the retail giant finds itself competing for today’s top high-tech talent. It’s beefing up its fledgling outpost near Silicon Valley and luring engineers and programmers by going all out during recent press events--serving white asparagus panna cotta with house-smoked salmon tartar, morel mushroom macaroons and charcuterie from a whole pig. Tech team members who work for @WalmartLabs are treated to hack days, giving them free time to work on personal pet projects. The mega retailer has also acquired some tech startups—like Torbit, OneOps, Tasty Labs and Inkiru—to beef up its web and mobile tool chest. @WalmartLabs has already drafted some key talent from Yahoo and eBay, and there are still plenty of open slots for engineers and programmers. Ravi Raj, VP for mobile and social products at @WalmartLabs, noted that while it may not have the cache of a Google, his division needs to solve big problems very quickly.

Hard to believe that the mass discount merchandizer is morphing into an e-commerce tech incubator. But they are definitely moving the needle. Walmart.com was one of the first to introduce discovery shopping through “product pins” on Pinterest.com. Their Spark Studio integrates popular Walmart.com pins from Pinterest to create a discovery shopping experience on Walmart.com. They’re also spearheading Big-Fast Data, drawing on hundreds of developers, data scientists, and analysts to develop the latest open-source tools. And then there’s Polaris, their next-generation search engine. It connects shoppers with products while bringing up other items that reflect their interests using semantic search technology to anticipate a shopper’s intent during each search.

Not to be outdone, Seattle-based Amazon is also actively recruiting big data and e-commerce talent for its Lab126 research firm in Silicon Valley. The lab is working on mobile device tech. Its R&D efforts design and engineer portable, hand-held consumer electronics products. Its stated mission is to make every book ever written in any language, in print or out of print, available to shoppers in less than 60 seconds. It also seeks to offer shoppers a full selection of content to movies, TV shows, music, magazines, apps, games, and more. Check out its career page for current open positions.

The retail job market is changing with some of the most unlikely players taking giant leaps in e-commerce and mobile marketing. Are you ready to jump on board?

Are Traditional Retail Stores in Danger of Extinction?
article posted by Staff Editor