The Future of the Earned Income Tax Credit 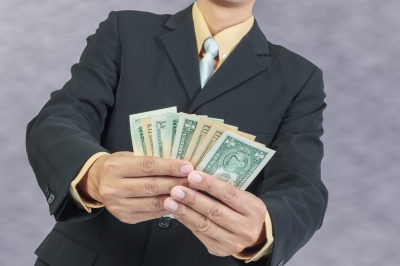 According to the Internal Revenue Service, the Earned Income Tax Credit (EITC) is a subsidy provided to moderate to low-income families to help offset the expensive costs of raising a child. The amount of money you can receive from the tax credit depends on a variety of conditions, including the number of dependents you have and how much money you made during the tax year. The credit has been the subject for debate among politicians since its inception with a new proposal to expand the benefit.

In March 2014, President Obama unveiled a new budget for 2015, which included an expansion of credits that would affect around 13.5 million low-income workers. Under this new plan, close to eight million workers would be eligible for a higher earned income tax credit and approximately an additional six million would qualify. The credit would help push more than 500 million people's incomes above the poverty line, and young adults would become eligible to receive the credit. In addition, the expansion would include workers aged 65 to 67, who currently do not qualify.

According to the Center on Budget and Policy Priorities, the EITC provides a wealth of benefits to working families, including health and education benefits. Studies have shown that children in families who receive the credit do better in school and are more likely to attend college. They are also more likely to earn more money as adults, and the children are less likely to develop a disability or childhood illness that is associated with poverty. The earned income tax credit helps to increase employment and earnings of women, and it also helps to provide a short-term safety net for low-income families who receive the credit.

Everything you need to know about converting your RRSP into a RRIF ...
news via Financial Post - RSS...

How employers can boost employees' financial security even as pensi...
news via Financial Post - RSS...