The Good News and The Bad News For New College Grads

Posted by Staff Editor • May 6, 2011
Are entry level job making a comeback? The signs are looking good. 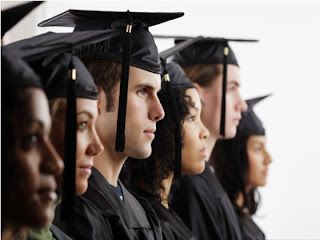 If you have been pounding the pavement, trying to find an entry level job over the past few years, I'm sure you know how hard it has been. As businesses were getting hit hard by the economic recession, they threw the brakes on hiring new employees in order to focus on cutting costs and streamlining their workforce.
Over the last couple of months, there have been small (but steady) indications that the job market is on the rebound. The unemployment rate has crept down to a modest 8.8 percent. While the number is still on the high side, it is lower than it has been since April of 2009, (which was 8.8 percent, coincidentally).
Since October of 2009, when it shot up to 10.10 percent, the national unemployment rate has been holding steady at about 9.7 percent. So, it is a good sign. Now, however, there is even better news. In a report by Challenger, Gray & Christmas, the entry-level job market is the best it has been in three years. The report showed a 2.4 percent increase in employment among 20 to 24 year olds, which was a higher gain than any other group.
Just so that you don't think that the numbers are painting an unrealistic portrait, a recent survey of 170 employers companies found that most of them plan to increase their hiring of new graduates by 21 percent.
So that's the good news. The bad news (and you knew it was coming) is that new grads are still facing some serious challenges from soaring student loan debt to being forced to compete with candidates who graduated in the past few years and haven't been able to find a job and older, experienced candidates who are willing to take a position below their experience level or who have changed career fields. In addition to that, recent data suggests that almost 40 percent of 18-29 year olds are unemployed and have been forced to move back home with their parents.
In spite of all of that, employers still like to hire new college graduates. For one, they are able to be trained for their new job, without having brought any bad work habits along with them. Also, they tend to be more flexible than older workers. Since most of them aren't married and don't have children, they are more easily able to sacrifice a good portion of their personal time in order to meet the company's needs.
So, I guess the news is mixed. The job market is improving and many companies are planning to increase the number of entry-level jobs available this year. The downside is that many of these jobs will pay less and require a stronger commitment and effort than ever before.
What do you think about these numbers? Let me know in the comments.
By Melissa Kennedy- Melissa is a 9 year blog veteran and a freelance writer for CollegeJobBankBlog. Along with helping others find the job of their dreams, she enjoys computer geekery, raising a teenager, supporting her local library, writing about herself in the third person and working on her next novel.

Your Horoscope This Week
news via Refinery29
What These 13 May Day Activists Want Trump To Know About Immigrants
news via Politics - The...