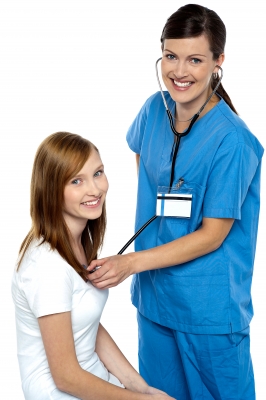 The U.S. government has reportedly spent upwards of $840 million creating, troubleshooting and overhauling the Healthcare.gov site, including $150 million spent on overruns of the originally launched version, which was rife with technical problems upon its 2013 release. The Government Accountability Office has prepared a report for a House Energy and Commerce Committee hearing. The report lists an embarrassingly long list of problems and mistakes with the site.

The Healthcare.gov site was never intended to consume nearly $1 billion. When the creative process began in 2011, the Centers for Medicare and Medicaid Services had allocated $56 million for the federally-run exchanges, including Healthcare.gov. $56 million soon turned into $209 million. "New and changing requirements drove cost increases during the first year of development, while the complexitiy of the system and rework resulting from changing CMS decisions added to ... costs in the second year," states the GAO report. CMS originally hired CGI Federal to build the site to the tune of $12.5 million, but after a disappointing performance, fired the company and replaced them with Accenture. The original contract between CMS and Accenture, once $95 million, soon swelled to $175 million after major pricing overhauls.

Upon its launch on Oct. 1, 2013, the Healthcare.gov site experienced major technical problems. Some users were denied ability to create an online username, while others were unable to complete health care applications. Still others were unable to even log in to the site. Healthcare.gov continued to have issues throughout the initial enrollment period from Oct. 1 to Dec. 23, 2013, and the subsequent enrollment period that ended on March 31, 2014.

"The disastrous implementation of the president's health care law has already led to canceled plans, lost access to doctors, and higher premiums. Now add to that hundreds of millions of taxpayer dollars wasted on an exchange that is still not ready for prime time," said Representative Fred Upton, chairman of the Energy and Commerce Committee. Upton noted that critical pieces of the Healthcare.gov site still haven't been finalized.

GAO's report states that CMS's oversight of the original CGI contract was so severe, that there were upwards of $30 million in inappropriately authorized expenditures on 40 separate occasions. CMS takes full responsibility for their part in this spending debacle: "CMS takes its responsibility for contracting oversight seriously and has already implemented contracting reforms that are more extensive than the recommendations in the report," states CMS spokesman Aaron Albright.

In addition to Accenture, CMS has brought in yet another contractor, QSSI, to help expedite the Healthcare.gov repair project under the direction of Andy Slavitt. Newly appointed Health and Human Services secretary Sylvia Mathews Burwell has created new positions intended exclusively for overseeing the Healthcare.gov site and the federally run exchange sites. CMS is also creating a solid set of internal guidelines to help prevent unauthorized work orders in the future.

Throughout the entire 2014 enrollment period, the site continued to experience bugs and technical glitches. The 2015 open enrollment period begins on Nov. 15, 2014. CMS's efforts to improve its processes are promising thus far, but GAO warns that the same types of problems may occur with the next open enrollment period of the Healthcare.gov site if serious changes aren't made to the way the government supervises its own contracts and spending.