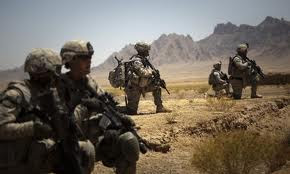 Osama Bin Laden is dead, killed by U.S. Special Forces in a firefight in a compound outside Islamabad, the capital of Pakistan. It was a logistics triumph that could have only been accomplished by a super power.

Since August of last year, two teams of 12 men trained for months for the counter terrorist strike after President Obama was informed of a lead about the whereabouts of Bin Laden, the world's most wanted terrorist. Bin Laden, the leader of Al Qaeda, the organization responsible for the 9-11 attack which killed over 3000 people, mostly American, in the worst attack in terms of civilian deaths in American history had been hiding since 2001.

The President was sure to give the Pakistani government only a moment's notification of the attack, with no time then for those sympathetic to Bin Laden in Pakistan's government to give him warning. These sympathies were evident in the fact that Bin Laden was living in a mansion inside Pakistan by its capital, not in a cave as Americans were led to believe.

Two wars, 100,000's dead and over a trillion and half dollars later, the wars launched to battle terrorists, not Muslims as Mr. Obama again emphasized in an address to the nation, still continue with the President affixing his Presidency to the destruction of Al Qaeda and of the Taliban in Afghanistan for giving shelter to Bin Laden after 9-11. Indeed, President Obama has ordered more Predator Drone attacks in his first couple years since assuming the Presidency than President Bush ordered in the 8 years of his Presidency.

The logistics requirements to perform this kind of operation are staggering. Specially trained Americans go into areas overseas that are often hostile, speaking the language and having learned the customs, winning support from both local leaders and local citizens. Even with the fact that satellites can read the postmark on a letter from space, the best intelligence is still gathered by eyes and ears on the ground done by highly trained people who risk their lives for the nation. The data's then analyzed by professionals in Washington with relevant portions passed on to our Allies.

After intelligence is gathered, if it is determined that an action's needed, a Presidential Directive called a finding is issued to carry out a particular operation. Then training's done if time allows and as much intelligence of an area is gathered as possible. Attacks can be timed then hopefully to the advantage of the attackers. For instance, bad weather lowers the defenders' ability or want to do uncomfortable guard duty. United States and British forces are particularly adept at nighttime operations, which has led to the deaths of many Taliban commanders who fear drone and air attacks by day and American and British ground attacks at night.

After a Special Forces attack, the team or teams used to carry out a special operation must be brought out by either helicopters or by walking out to a helicopter or a vehicle pick-up point. In both cases the vehicles or helicopters then either bring the troops to an aircraft at an airbase for extrication or sometimes the helicopters meet a naval vessel.

This isn't the end of Al Qaeda; however, and revenge may indeed come against Americans and our interests. But it may give pause in the terror organization's leadership capability as the way people advance in rank in Al Qaeda is by killing either the leader above them or those competing with them when a chance to move up in rank arises. And there's a big opening at the top right now.

Jeffrey Ruzicka is a retired executive of a small company that specializes in industrial water treatment. He lives happily with his wife in Western Pennsylvania and is a contributing writer to LogisticsJobSite,LogisticsJobSiteBlog and Nexxt.