The Numbers That Show People Use MS Office All the Time 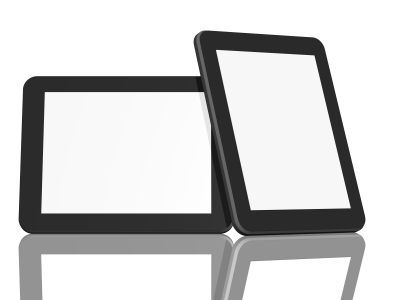 If you use any computer device, you more than likely have MS Office available. Microsoft estimates that one-in-seven people in the world, roughly a billion, use Microsoft Office Suite in some capacity. With its ubiquity and availability through so many devices, it does appear that a large number of people around the world use MS Office programs, including Word, Excel, Access, PowerPoint and other Microsoft programs, a good majority of the time.

You may already know one simple explanation for the large presence of MS Office. This software program comes bundled with PC devices that run on the Windows operating system. Microsoft also has versions for other operating systems, but the company's partnership with Windows makes it available to the millions of people who opt for PCs in business and home settings.

While some have called the estimates into question, the 1-billion-users estimate does not really tell you what programs people use and how much they use them. For instance, some people may use Word every day and only use Excel or Access for business reasons. Furthermore, with some operating systems such as Windows Starter, you do not get the full Microsoft Office Suite. However, you do get Word and Excel, which accounts for the majority of MS Office use, so the estimates seem plausible.

The questions about how many people actually use MS Office do not mean that the estimate of a billion users has no basis. Microsoft has made the program available on a number of mobile devices including the iPad. More people turn to mobile devices including smartphones and tablets for personal and business needs, so programs such as MS Office have become compatible with these devices as Microsoft Office Online.

Furthermore, many of the MS Office programs come as free apps for mobile devices, which account for the millions of people who download them. For instance, you may use Office for iPhone for home use only. This app includes the option of individually downloading Word, Excel, PowerPoint and the recent addition, OneNote. In fact, within a week of making Office available for iPhone, Microsoft claims that more than 12 million people downloaded the app. With Microsoft also claiming that more than 250 million people have OneDrive, it comes as no surprise that so many use MS Office software.

While some people have doubts about 1 billion people using this software, the numbers ultimately show that people do indeed use MS Office all the time. Its packaging with Windows makes it already familiar to those who transfer their computing needs from PCs to mobile devices. Furthermore, Microsoft now has free apps available for mobile devices, which has increasingly become important in business.

Register
Sign In
The Chauvin verdict, and a narrow lens on justice
blog post from Columbia Journalism...