The Office is No Place for Politics 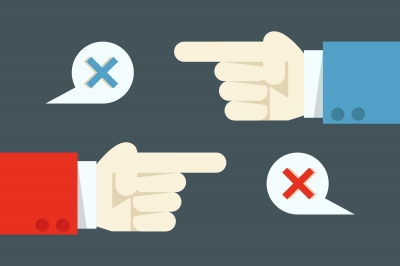 By nature, political debates put a spotlight on personal differences and inspire passionate disagreements that can quickly change from polite to volatile. Keeping politics out of the workplace has always been the safest option for preserving civility and productivity, but employers must also navigate around the complex legal implications of allowing too much or too little political freedom at work.

Hearing counterarguments on sociopolitical topics may help colleagues better understand one another, become informed about unfamiliar topics or even modify their perspectives. However, casual discussions can also escalate to discrimination or harassment when political debates focus on polarizing candidates or issues. In a 2016 report by the Society for Human Research Management, 26 percent of HR professionals said the 2016 election season increased political volatility in the workplace compared to past years, while 70 percent said the level of political volatility remained the same. The survey defined "volatility" as tense, hostile or argumentative behavior related to political affiliation.

In a country synonymous with the concept of free expression, employees and bosses may believe they have the right to speak openly about their political views or bring publications and clothing promoting specific candidates. However, while federal labor laws protect freedom of speech at private companies when it involves working conditions, such as paid leave and minimum wage, they don't regulate political activities in the workplace, creating gray areas for workers and employers. Milwaukee business owner Mike White discovered this during the 2012 election season when he offended employees by sending emails decrying the consequences of potential tax increases under Obama.

Employers can benefit from restricting political debates that veer into inflammatory territory, such as foreign policy or abortion, as constant tension may prevent teams from working efficiently or create an atmosphere of factional bias. Political topics often overlap with matters of age, race, religion and gender, putting employers at risk of violating the federal rights of protected classes. A political debate about immigration or border patrol dances dangerously close to issues of ethnicity and race, while making careless remarks about the gender or religious affiliation of a candidate may alienate employees belonging to those groups.

To further complicate matters, individual states protect on- and off-duty political activity to varying degrees, making it essential for HR professionals to be thoroughly informed about local statutes. Despite the potential for legal conflicts, many employers rely on unspoken etiquette rules to keep political debates in check. In the Society for Human Research Management, 72 percent of respondents said their employers discourage political activities at work, but only 24 percent have a formal written policy in place.

In many cases, employers can use broadly defined policies to indirectly restrict political activities without infringing upon employee rights. For example, employers can restrict workers from using company equipment for personal uses, making it easier to take disciplinary action against employees who circulate inflammatory emails or publications, even in states where on-duty activity is protected.

Freedom of speech may be a fundamental right for American workers, but employers have the right to promote fairness and mutual respect in private sectors. Employers who want to encourage political debate should provide formal guidelines for etiquette and make sure employees understand the professional and legal consequences of behaviors that foster discrimination.