The Population in the Developed World is Getting Old 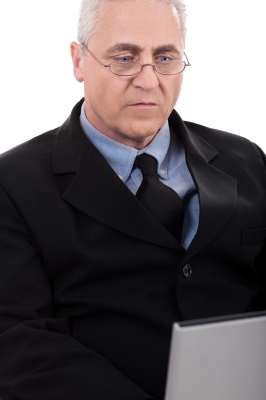 Improved health, lowered fertility in the population at large and an increased child survival rate have lead to an aging population throughout developed countries. As this trend continues, as it is expected to all around the world, governments and businesses have to adjust their development plans and overall economic policy. As the workforce ages, labor-intensive jobs become harder to fill, but you also have more workers with years of experience in the workplace.

The costs of an aging population will go up with time, due to health care expenses, disability payments and other age-related expenditures. Businesses also have to adjust their business models to cater to an aging customer base if they want to stay competitive. In the future, you also need to be prepared to relocate. Jobs often move to locations having the youngest populations, as young workers are still a valuable commodity. In harsh economic times, businesses can expect more applicants to relocate as necessary, but this isn't the case in healthier economic climates where job seekers have more options.

Some companies in other countries are trying to prepare for the aging population by denying health care benefits and pension opportunities to their workforces to avoid increasing overhead costs in the future. China is one of the largest examples of this, as the practice has become the norm for Chinese businesses and manufacturers. Laws in the United States prevent companies from following suit, and labor unions also help prevent this trend from happening to you stateside.

However, this also leads to more job migration, because businesses circumvent the U.S. laws by outsourcing their manufacturing to China, keeping costs down while avoiding the financial burden of older employees in the years to come. As an example, 2.5 million jobs moved from the U.S. to China between 2001 and 2008, according to the Economic Policy Institute. Unemployment among workers aged 50 and up remains a grave concern in the United States, and the problem is likely to get bigger as the aging population increases over time.

The world is drastically changing, with population booms in industrial countries slowing, and the populations in those nations looking to start declining in upcoming decades. Adaptability remains a key in surviving changing business conditions. Workers, businesses and governments need to be flexible as an aging population continues to impact the workforce, and current age biases that exist towards older workers have to be re-evaluated.

Slideshow: Winners of the Nature TTL Photographer of the Year 2021 ...
news via Articles: Digital...

12 Fun, Challenging, and Interesting Geography Games for Students
news via Free Technology for...