The Power of a Determined Job Seeker 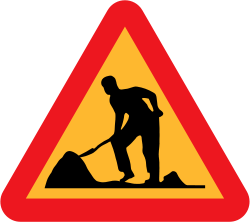 Whenever I've had the chance to talk with other job seekers, I'm always amazed at how often I hear people say that there simply aren't any jobs available, and no matter how hard they try, they aren't able to find any work at all. While it's true that the job market has been really tough over the past few years, there are still jobs out there. If you're getting discouraged and everything you're trying isn't working – maybe it's time to think about your job search a little differently. It's often said that every challenge is an opportunity in disguise, and even with finding a job, it's still true.

Because it's so difficult to find the right job these days, many job seekers have begun thinking outside of the box in order to find new ways to market themselves to employers. If simply submitting an amazing resume and cover letter isn't getting the response they want, they are using other tactics to create the right combination of the right job, the right skills and the right pitch that will get the attention of those who have to power to hire them.

Take Adam Pacitti, for example. He's created several independent documentaries and ultimately would like to work for a larger company in the field of media productions. Even with a track record of success with his small films, he has been struggling to find work. Since independent film production doesn't pay well, he's desperate for a job. In order to fight the tough job market, he decided to do what he does best and he created a website, along with a well-put-together video, all with the goal of reaching employers. His website, EmployAdam, is funny, clever and has a good chance of actually getting him a job. To make it easier for friends and fans to spread the word about his job search, he has included easy links to share his video on social media sites like Facebook and Twitter. Although he hasn't found the right job just yet, I have no doubt that his website will eventually lead to a great career.

To find the right job, you don't have to start a funny website or go to dramatic lengths. All it takes is an honest assessment of your skills and talents. From there, think about what you need to do in order to get in contact with the right employer. Even though you might have to try over and over – all you need is just one good chance.

A good friend of mine had been out of work for several months. While he'd been able to find some side work here and there, he hadn't been able to find full-time employment. Throughout his career, he had always worked in the construction industry. A carpenter by trade, he hadn't had any luck finding construction work. With the housing market still struggling and the tight economy, it seemed that no one was building anything new and not many people were renovating their homes.

All that changed when Hurricane Sandy hit our small town. The storm did major damage to the city, and many homes, retirement communities and businesses were left dealing with clean up. Knowing that this was the one chance he needed, he watched the contractor's trucks coming into town and was determined to find a way to get a job with one of them. Every morning at 5:00 a.m., he would get dressed, put on his work boots, grab his tool belt and hit the road. He walked over to were the majority of the rebuilding effort was going on and approached every work crew he saw. Knowing that he only had a couple of minutes to make an impression, he shook hands and gave his 30-second elevator pitch about his qualifications. Even though all of the contractors said that they didn't need any help, he told them that he would check back with them the next morning. For three mornings he did this, standing outside, shaking hands and freezing. Each day, he left, more determined than the day before. On the fourth day, while he was walking the couple blocks to the job site, a truck pulled up and the passenger door opened. The man behind the wheel was one of the contractors he had spoken with each day. The man simply said, “You're hired – get in.”

When you're determined and willing to make your own opportunities, it can have a huge payoff. Even though the job didn't pay nearly as well as my friend was used to, he figured that they just didn't know how valuable he was on the job. He spent two weeks working as hard in the job as he could. By the end of those two weeks, he had a solid job and a raise of several dollars an hour. Although the job he was hired to do has long been completed, his boss couldn't imagine not having him in his crew.

Have you ever done something crazy to get a job? Please share your thoughts in the comments.

The Fed needs better rules. This Democratic bill is a start.
news from The Week - Business