The Push and Pull of Technology Killing Jobs 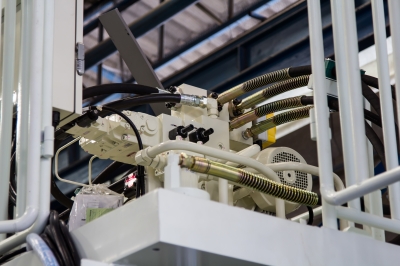 Robots are taking our jobs. That's the headline of many news outlets that attempt to sensationalize the impact of technology on the middle class and workers in America. The truth is likely a little different because today's robots are hardly the first technological innovation to come along since the industrial revolution. Many other factors are involved, and the impact of technology may not be felt as keenly in the factories and assembly plants of the nation as in its classrooms and educational centers. There, the future of America is studying how to get ahead in what some are calling the Second Machine Age.

Technology constantly changes the way that many businesses operate. From the legendary buggy whip makers of old to the manufacturers of Betamax tapes and cassette players, the march of technology has definitely put some people out of work. Car manufacturers and component designers replaced the buggy whip manufacturers, and cassette tapes eventually gave way to DVDs and Blu-rays. The impact of technology on those who work using outdated means and methods can definitely appear threatening. Experts in technology understand that they have to adapt to these changes or face obsolescence along with outdated machinery.

Modern machinery is driving much of the speculation about the impact of technology on jobs that aren't in traditional tech industries. Manufacturing, for instance, has seen many jobs replaced by robots that offer greater strength and accuracy and require fewer breaks between operation cycles than human workers. This isn't the first time that manufacturing has seen technological changes, however, as the push to introduce electricity into factories eliminated many jobs when conveyor belts and other powered devices hit the scene. Traditionally, a push by advanced tech into other sectors has resulted in an increase in the requirements for workers and created more jobs because it eliminated those positions that required less education, skill, or experience.

The perception of a war of man vs. technology is likely a fallacy. A single man may lose his job to a robot that can pull the same lever he did, or an advanced machine that pulls a series of labors and replaces an entire department, but job opportunities may open elsewhere due to the influx of new affordable consumer electronics created by the factory that uses robotics for faster production and greater cost efficiency. The impact of technology is likely to be, once more, that workers will require additional education. Just as the move from the farm to the factories at the end of America's agricultural period signaled the beginning of its industrial age, future workers are likely to see a fellowship emerge in which man vs. technology is an unnecessary distinction—tech may well drive many jobs in the future.

Once technology has been developed and accepted, it is rare for it to decline in any fashion. People accept greater technological influences in their lives as time passes, from wristwatches to tablet computers, and the impact of technology on jobs is likely to result in the development of additional skills and requirement of expanded education and not leave the nation jobless.