The Right Amount of Exercise Can Extend Your Life 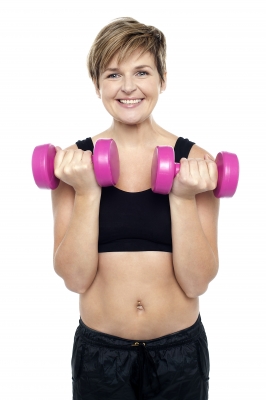 Most people know that exercise is good for them, but new research suggests that getting just the right amount of exercise — neither too little nor too much — is the key to living a longer life. Two large studies have recently clarified just how much exercise is necessary to live a healthier and longer life.

Currently, governmental and health organizations recommend 150 minutes of moderate-intensity exercise per week to support good health. However, until now, experts have not been certain whether the 150-minute recommendation is actually the ideal amount of exercise in which a human being should partake to yield a longer life expectancy.

The journal JAMA Internal Medicine recently published a study carried out by researchers from the National Cancer Institute and Harvard University. Using a large sample size of 661,000 adults, this study combined information from several surveys about people's exercise habits with death records for the same group.

The researchers found that people who don't exercise at all are at the greatest risk of dying young. Exercising at all, even if one does less than the recommended 150 minutes a week, carries a 20 percent lower risk of premature death. The recommended amount of exercise confers greater benefits, as those who met the guidelines had a 31 percent lower chance of dying during the study period.

The surprising part of this exercise study, however, is the revelation that the guidelines for exercise might not confer the maximum possible benefit in terms of helping people to live a healthier, longer life. Those who surpassed the guidelines and worked out for 450 minutes a week — just over an hour a day — had a risk of dying that was 39 percent lower than those who did no exercise at all.

The study also suggested that there is no such thing as too much exercise. Exercising for much longer than an hour a day did not result in a significantly longer life expectancy than exercising for 450 minutes a week, but it also did not lead to an increased risk of death. Another exercise study, this time carried out in Australia, found that even very large amounts of vigorous intensity exercise did not seem to increase death rates. In fact, the Australian study even suggested that vigorous exercise, such as running or playing competitive sports, had life-extending benefits above and beyond those of moderate intensity activities, such as walking.

Previous studies have found that exercise does more than just improving one's chance of living a longer life. Exercise improves mobility and strength and has been suggested as a treatment for depression.

With so many benefits associated with working out, coupled with the reassurance that it doesn't seem to be possible to do too much exercise, people have every reason to hit the gym or dig their running shoes out of the closet. Exercising more could help them to not only feel fitter and happier, but also to live a longer life.

Housing developer reminded universities about project debt as they ...
blog post from Inside Higher Ed | News