The Rise of Prank Advertising 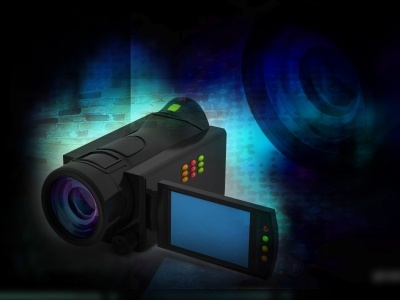 Businesses are finding it harder and harder to reach potential customers in a cluttered advertising marketplace. With the advent of social media, consumers have an overwhelming number of options to engage with brands. So how does a brand stick out? Funny advertisements are one way, especially a new type of funny advertisements that takes things a step further: prank advertisements.

Sometimes called prankvertising, prank advertising is the use of trickery or pranks to elicit a (hopefully funny) response out of people. These funny advertisements are really stunts that are filmed and edited, then released to consumers in the hopes of catching their attention. Viewers are often inclined to share these ads with others across their social networks, which causes the video to go viral. It is a quick and relatively easy to way to drum up attention for your advertising clients, who face an uphill battle when it comes to attracting the ever-diverted attention of consumers.

There have been some really creative uses of prank videos lately, including one where NASCAR driver Jeff Gordon prepares to take a very fast test drive of a car, unbeknownst to the poor car salesman who drove with him. His pained expressions and pleas for Gordon to stop racing have garnered 27 million views and counting. If prank videos can gain this type of traction, then funny advertising of this kind has only just begun. This is a relatively new phenomenon that shows no sign of stopping, especially because video shares on social media have grown exponentially. In 2010, the top three brand videos of the year had 1.6 million shares total. By 2013, that number grew to a whopping 11.6 million. With growth like that, it's hard to argue against using funny advertisements or pranks for marketing purposes.

Of course, there are risks associated with any tactic, including funny advertisements and pranks. The first is that the video won't be funny enough to go viral, which means the video has little worth, and the money spent is wasted. The other is that it will confuse consumers who might not understand what is going on or what the brand message is supposed to be. Yet another potential problem is that somebody could get hurt during filming. One recent prank involved a man dressed as a Chucky doll wielding a knife and chasing unsuspecting people down the street. What if one had slipped and fallen, or fell victim to mental anguish? As with any type of stunt, always be careful and decide if a stunt video is right for your target audience.

Prankvertising is a phenomenon that shows no signs of fading. With the potential for huge exposure for your brand, funny advertisements can be a potential goldmine. Just use caution to ensure you are getting your message across and that the ad is appropriate, and you could be on your way to being the next viral sensation.