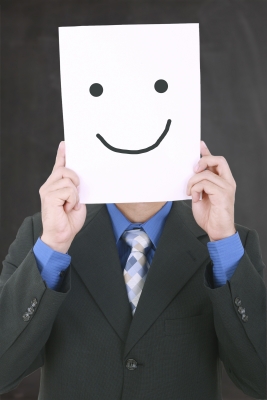 There are many “facts” about finding a job that people – typically those lucky people who haven't actually had to find a job in over a decade – repeat to job seekers in an attempt to help them get ahead that simply aren't true. Some of these things might have been true at some point in the past, but most of them are sheer fabrication.

I'm not saying that the people who say these things are liars – far from it actually. I think that they too have been deceived and honestly believe these little gems because someone told it to them.

So, what are these job search lies? Here are the four biggest:

“Self-made” people exist. Here in America, we are constantly hearing stories about so-called “self-made” men. The ones who pulled themselves up by their bootstraps and became successful. For some reason, this idealized person who came from the most humble of beginnings and without any outside help, earned millions, has become an icon that we should all look up to. Of course, this person simply doesn't exist. No one can rise above their circumstance without some help. This is especially important to remember when you are out of work and trying hard to better your situation. The “self-made” person couldn't have gotten to where they are without the help of many, many people. What about the teachers and librarians that helped him get through high school? What about the police department that made sure that his town wasn't overrun by crime? How about the people that gave him his first job and taught him valuable skills? You see, no one person is an island. We all need help from time to time and it's the bonds we build and the relationships we create that help us to be successful.

Hard work and skills will always be rewarded. We'd all like to think that all it takes to make it in this world is hard work and the right skills. Unfortunately, that isn't the case. Look at the difference between the salaries of the CEO of a large company and the person who cleans their office at night. Both work hard, but their compensations are extremely different. It's important to know that just working hard isn't enough. However, you can decide what you want to achieve – flexibility, happiness, money, power or influence – and work toward that.  The point is that just working hard isn't enough. You have to know what you want and them decide what you're willing to do to get it.

Money brings happiness. This is one of the most harmful lies of all. Success and money don't make people happy. I know that it sounds crazy, but there is a lot of research to prove this. Just ask the wealthy. Being happy is simple – in fact it's so simple that we often overlook it. You can be happy just by deciding to look for reasons to smile. If you want to be happy, focus on building happiness and look for ways to be successful doing what you love. Don't use monetary gain as a primary motivation.

Achievement will bring you success. This particular lie is sort of true. Achievement matters, and it's an important part of being successful. That being said, achieving something isn't nearly as important as most of us think. What really helps to boost success is who you know and what they think of you. Building lasting connections with people who are successful is that best way to become successful yourself.

Hopefully, these lies will help you see that instead of beating yourself up for not being strong enough to “pull yourself up by your bootstraps” or for being too lazy to find a great job, you should concentrate on networking with others and reaching out to your family and friends. We are all connected and no one gets to where they are without the help of those who care about them.

Have you heard any of these lies? What other lies have you heard? Please share your thoughts in the comments.