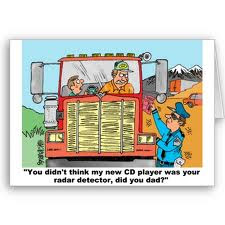 There are several things that must happen first. All Mexican trucks driving in the United States will have to meet American emission standards. They must also burn approved diesel fuel like American trucks, quality fuel which is found in big cities like Mexico City, but in few other locations in Mexico.

Drivers from Mexico must also be fluent in English before they can participate in the program. Also, Mexican trucking firms must have their drivers comply with OSHA regulations when in the United States, even if it means electronically monitoring trucks.

American goods' producers are relieved by the agreement as the Mexican Government placed tariffs on American goods which ranged from pork products, to cheese, to toilet paper in retaliation for the program's suspension in 2007. The 2.4 billion dollars in tariffs were applied on American products by adding taxes of 5 to 25 %, costing American businesses sales and market share. One half of the tariffs will immediately be lifted with the rest to follow if Congress approves the deal.

Mexican imports had been down in recent years due to the global recession and competition from China. With the upsurge in oil prices and overseas' unrest, however, business has become cheaper to conduct on the North American Continent again.

So what are the pros and cons to this agreement. On the upside, Mexico has a young, energetic work force and a banking system that has been unscathed by the financial turmoil that has engulfed the world during since 2008.

On the downside, the work force is largely unskilled which causes problems for business expansion. There's also the lawlessness of the drug cartels, and a corrupt legal and political system which leads to wide spread crushing poverty. Since in almost all cases where poverty exists, outside of war is from dead capital caused by corrupt governments, this doesn't bode well for long term free trade since if not corrected, it means a continuous primitive infrastructure.

Perhaps the biggest con is that American truckers are sure this will lead to unemployment in their sector of the economy, at least for long haul trucking. However, it could be good for short haul trucking in the United States away from the Mexican border as reduced costs of trucking this agreement brings will mean greater profits for American businesses, which brings about business expansion. Long haul truckers in the United States: however, are not likely to want to drive routes in Mexico because of drug violence and the legendary corruption of Mexico's police. Any employment gained from increased business in the United States won't offset overall job losses.

The most controversial part of the agreement is that the trucks won't have to be stopped for cargo inspections. This has led conservatives and liberals to worry about the increase of human and drug trafficking done by uninspected trucks.

One thing of final note, the rumored cross country corridor between the United States, Canada and Mexico with a central hub is Kansas City which would allow the bypassing of American seaports is dead for the moment; killed by American Federalism. But that's next week's story.

Jeffrey Ruzicka is a retired executive of a small company that specializes in industrial water treatment. He is happily married and lives with his wife in Western Pennsylvania. He is a contributing writer to LogisticsJobSite, LogisticsJobSiteBlog, and Nexxt.

Donald Trump, job killer
news from The Week - Business
Inside The Immigrant-Prosecuting Machine That Transformed America's...
news via Politics - The...