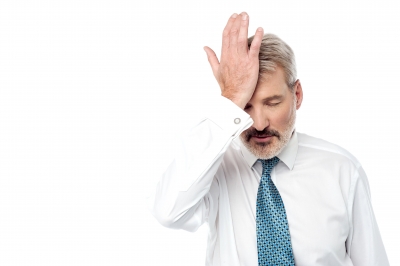 One of the most common cover letter mistakes is opening with a generic address. "Dear sir or madam" and "To whom it may concern" are very impersonal, and they don't do much to inspire confidence in your ability to produce professional documents. Instead of starting your cover letter with one of these dreaded statements, do a little research. If the job advertisement has the hiring manager's email address in it, use a search engine to find out the name associated with that email address. If necessary, call the company and ask the receptionist for the hiring manager's first and last name.

Format your cover letter professionally, but you don't need to use overly formal language when you write it. Packing your opening paragraph with long sentences and words that have multiple syllables makes you sound like a robot. Focus on writing in a conversational manner that draws readers in and makes them want to know more about your qualifications.

Avoid making statements such as "I am interested in this position." If you took the time to write a cover letter and send a resume to the hiring manager, your interest in the job is obvious. Using this statement in a cover letter is a waste of valuable space, so replace it with something that shows why you are excited about the opportunity. Any opening line that summarizes the information in your resume is a weak one. The hiring manager already has your resume, so there's no need to repeat the same information. If you use the first few lines of your cover letter to summarize your resume, the hiring manager might wonder about your ability to conform to professional norms. This is not the impression you want to make on the person responsible for deciding if you should be given a chance to interview.

One of the worst cover letter mistakes you can possibly make is giving the hiring manager a reason to turn you down for the job. It's especially bad if you do it in the first few lines of your cover letter. Don't ever suggest you're not the right candidate for the job or tell hiring managers about some deficiency in your qualifications. Your cover letter should emphasize your strengths and give people reasons to hire you rather than convince them you are not a good candidate.

When writing a cover letter, avoiding common mistakes is just as important as including the right information. If you want a good chance of getting a new job, avoid making these mistakes in your next cover letter.