The Zio Patch is Changing the Way Heartbeats are Monitored 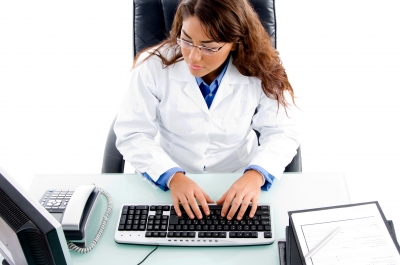 Meet the Zio patch, a piece of wearable technology just three inches long that could save your life. This tech is from a San Francisco-based company called iRhythm Technologies, and the device might replace decades-old technology that serves as a heart monitor for patients away from a doctor's care.

One of the proponents of the Zio patch is Gabriel Sarah, a patient who has inexplicable problems with his heart rhythm. Doctors noticed an irregular heart rhythm in Sarah's lower heart chamber that may cause the pediatric anesthesiologist to pass out and faint. Since 2012, his cardiology team has yet to find out why Sarah's heart does this.

The patient wore a tech device called a Holter monitor, a piece of metal about the size of a deck of cards with electrodes protruding from it. Sarah wore a Holter monitor for 48 hours without detecting any abnormalities. Then, for a month, doctors tried an event monitor, which is a vestlike device that responds if sensors detect anomalies. Nothing worked to find out why Sarah's heart beats irregularly.

Enter the Zio patch. It's unobtrusive, and Sarah wears it for two weeks at a time. The patch has a chip and two electrodes. The electrodes are taped on either side of the small metal encasement. The chip compiles and provides 30,000 pages of data, all of which is about the patient's heartbeat. Over the course of two weeks, the monitor collects information on more than 1.6 million heartbeats. This data is then automatically analyzed and compiled into a 15-page report for doctors to read.

Even better, the algorithm behind the Zio patch learns as it receives more data. The learning makes future iterations of the software smarter as it helps doctors diagnose what's wrong with someone's heart. Cardiologists note any anomalous readings into the software and it learns for the next time it detects those types of data.

The Zio patch makes a difference to people who have unknown ailments that require a heart monitor. Cardiologists note the device is a huge advancement for heart monitoring technology. The health care industry standard is 30 years old, and now that hardware gets smaller and faster, the device stands to revolutionize heart patient care. As many as 28 percent of cardiologists who prescribed the device to patients made changes to treatment based on the data received from the tiny patch.

There are some limits to the tech, though. The technology costs about three times as much as a standard monitor, $360 versus $100, although around 80 percent of insurance companies cover the costs of the new device. The patch doesn't send data in real time. Instead, patients send in the monitor and doctors receive a report a week later. For emergencies, the patch may not be an option.

This relatively new monitor is part of the wearable technology industry that seeks to improve the quality of life of everyone. Wearable devices improve data gathering, lower costs and ultimately save lives. The new heart patch is one more amazing advance in this sector of health care.

The Zio patch impresses cardiologists thus far. Sarah, the aforementioned wearer of the patch, says he barely notices it when he wears it. He believes it renders previous heart monitoring technology useless.