These 9 Interview Mistakes Could Cost You the Job 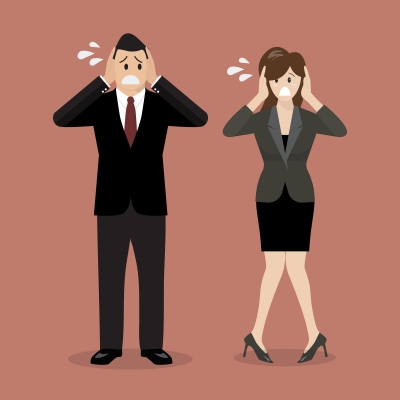 Just one blunder during a job interview can cost you the job. Fortunately, the big errors are easy to avoid if you know about them. Let's take a look at nine of the most common job interview mistakes so you can maximize your chances of landing the position.

Arriving late is one of the biggest interview mistakes, because this action immediately gives employers a poor first impression of you. If you can't show up t to the interview on time, why would anyone believe that you would be punctual in the future? If you're late, don't be surprised if the employer cancels the meeting.

It should go without saying, but make sure you are fresh and clean and have a neat appearance. When applying for jobs, you want to show yourself in the best possible light, so looking good and having good hygiene is important.

3. Too Much Focus On Yourself

One of the most common interview mistakes is being self-centered. Yes, you want to talk about your achievements, skills and experience. At the same time, you should also have questions about the company, the position, the corporate culture and the people who work there. Focus on how you can help the company, not how the company can help you.

Just because you emailed your resume doesn't mean it's going to be readily available. Showing up unprepared is one of the quintessential job interview mistakes. Always bring a hard copy of your resume and cover letter to job interviews.

While salary negotiation is a common topic at a job interview, don't be the one to bring it up. Yes, your paycheck matters, but during the initial interview, show that you value the organization and the job beyond its monetary value.

They say you should dress for the job you want, not the one you have. When in doubt, it's better to lean on the professional side when seeking employment. Nobody is going to judge you poorly for looking sharp in a suit, and casual attire may not always be appropriate. At the same time, make sure you're comfortable.

Don't memorize your lines, but spend some time practicing responses to common interview questions. Having a general idea of what you're going to say is going to alleviate nervousness and elevate confidence.

It may be tempting to exaggerate or fabricate, but don't do it. Not only does body language often betray a dishonest interviewee, but you never know when that lie may come back to bite you during or after the hiring process.

There's a fine line between believing in yourself and being a braggart. Discuss your achievements and skills, but stick to the facts and be humble. Recognize your value, and sell yourself hard, but don't act like you're next in line to be CEO. One of the biggest interview mistakes you can make is coming off as someone who is unpleasant to be around.

There's no guarantee that you're going to land the job, but avoiding these common interview mistakes should improve your odds. Be genuine, confident and polite, and don't forget to smile.