This is The Reality For Women in Tech 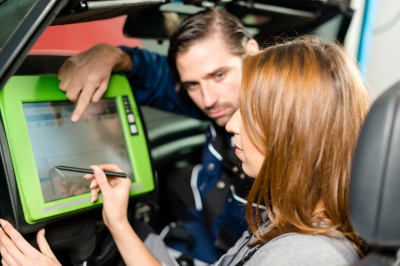 In 2017, Google fired James Damore, a software engineer who authored an internal memo about women in tech and his belief they don't belong in technical jobs. This firing is a hot topic throughout the business and tech worlds. Sce Pike, CEO and president of IOTAS, a home automation platform company, decided to answer back with her own thoughts about women in technical jobs and to share her story.

Contrary to Damore's assertion that women are not biologically inclined to handle stress, Pike points out that women are physiologically better at dealing with stress. To support her claim, she cites a study from the University of Buffalo published in ScienceDaily in 2013. The study found that because of estrogen in the brain, females respond better to stress, handle stress better than their male counterparts and are more resilient.

According to Damore, women always play the victim and use this to their advantage. Pike shares her own experiences of pulling all-nighters, strategically avoiding unwanted advances, and being mortified by her boss' behavior but basically grinning and bearing it because she knew complaining was tantamount to a death knell for her career. It was understood that to advance in her technical job, she would have to remain silent in an industry that was dominated by males, because complaining was so distasteful.

Although Damore claims that women aren't interested in technical jobs, like engineering, which is a STEM career, Pike shows that the number of women in physical sciences majors grew from around 15 percent before 1970 to around 40 percent in 2010. And this wasn't easy with the rampant gender bias that existed with boys being encouraged to play with personal computers, while girls were encouraged to play with their dolls. Pike notes that it's not the biological differences that discourage women from getting involved in technical jobs, but social constructs, and these social constructs still exist, which she can see in the enrollment of her 8-year-old daughter's robotics class.

Pike also explains that women aren't given the same opportunities with venture capital as men with similar ideas. She cites an alarming statistic from 2016 in Fortune, where 359 female-founded companies received funding compared to 5,839 male-founded companies. Women entrepreneurs are also described with attributes that appear negative compared to men, such as "young and inexperienced" versus "young, but promising" or "too cautious and does not dare" versus "cautious, sensible, and level-headed."

The reality is that women do like technology and want to work in tech fields but continue to face obstacles and deal with judgments by individuals like Damore, who have incorrect notions as to why not as many women work in technical jobs. Unfortunately, the voices of the Damores of the world are probably louder than the voices of the Pikes, and that needs to change.