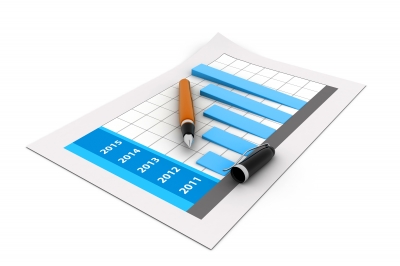 Thomson Reuters has released a report on the 3.8 percent net investment income tax that went into effect for fiscal year 2013, and its conclusions are that the new tax is tremendously complicated. That's to be expected, since the 2010 reconciliation act that added it to Section 1411 of the tax code is over 150 pages long. That report, and its general implications, are of critical importance to accountants dealing with new tax rules.

The first thing to know about the investment income tax is that it doesn't apply to the vast majority of Americans. The tax targets the residuals, royalties and dividends — the so-called passive income sources — of individual and corporate taxpayers with assets in excess of $200,000, or $250,000 if married and filing jointly. The tax is expected to raise $123 billion during its first six years, and the load will most emphatically not be carried equally across the population.

This tax, by restricting itself to only those with assets over $200,000, will have no appreciable effect on the taxes of 98 percent of US citizens. Even so, of those 2 percent who do pay, it seems that only the upper crust will take the bulk the burden, with the top 0.1 percent generating a whopping 52.5 percent of the expected revenue at around $131,000 collected from each annually.

This isn't entirely unfair, as the report notes that the top 0.1 percent who are subject to the net investment income tax realized a full 75 percent of all capital gains in 2011. It's also important to remember that the clients you have who will be affected by this surtax are otherwise on the hook for a maximum of 23.8 percent in capital gains tax — far lower than the top marginal rate for wage earners.

This preference is responsible for a hefty $542 billion in overall tax savings, according to the Thomson Reuters report, and clients earning over $500,000 a year receive 85 percent of those savings. Pointing out that discount, and making it clear to wealthy clients that their finances would be in far worse shape if the new tax rules set the capital-gains rate to match the average income tax, should go a long way toward soothing the pain at tax time, which is an underrated skill among tax professionals.

One silver lining in the relevant section of the tax code is that the investment income tax was designed to be implemented with as little fuss and extra paperwork as possible. Individual taxpayers are able to report and pay on this tax via the 1040 form they've already been using, and entities such as estates and trusts will use the relatively simple 1041 to report.

Managing the portfolio of a client with a high net worth is never simple. Tax laws change frequently, and keeping abreast of the changes is a full-time job in itself. Fortunately, the Thomson Reuters report boils the net investment income tax down to its particulars and explains the relevant changes in a way that makes the process seem almost easy.