Three Differences Between Supervisors and Leaders 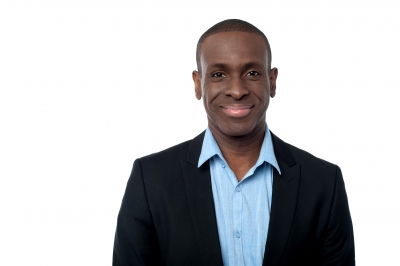 Leaders are an essential part of any company, helping to expand its horizons through new ideas while leading team members down a productive path. Meanwhile, supervisors help to ensure an organization's processes run smoothly. Supervisors and leaders are alike in many ways, but they are not necessarily the same. Some of the key differences are their focus, tasks and outside perception in an organization.

The first major difference between supervisors and leaders is their set of primary goals. According to Tom Searcy of Inc. Magazine, supervisors focus on organizational accuracy, compliance and the implementation of day-to-day tasks. Leaders, on the other hand, put a heavier focus on resources, direction and goals for a team or organization.

The tasks and responsibilities of supervisors and leaders are the second major difference between the two. Supervisors must oversee the work being done to ensure that it meets organizational standards and is completed on time. They often have to complete technical and administrative tasks, many of which require job-specific expertise gained through education or special training. While general leaders may have varying responsibilities, those designated as team leaders often act as intermediaries between supervisors and employees. During a project, they may be responsible for delegating tasks to certain members, developing a time line and generally take responsibility for the team's progress.

A third difference between supervisors and leaders is the way they are viewed by other workers and the organization as a whole. Although a leader can sometimes be placed in this role by the organization and thus carry the title of leader, such as the case of a team leader, it is often a role that workers in various positions can fill. In other words, Everyone can be a leader if they demonstrate leadership skills. Supervisors, on the other hand, are almost always appointed to their job by the organization. Thus, a supervisor is normally seen as someone whose orders must be followed, while a leader is someone who takes the initiative and is naturally followed by other workers.

Although crucial differences exist, supervisors and leaders also share certain responsibilities and characteristics. Both are responsible for resolving workplace conflict, and those with official titles are likely to be asked to evaluate employees. Lastly, both supervisors and leaders are responsible for helping the organization to stay on track and move forward to greater success.

Despite their job titles, supervisors can also fill the role of a leader when the situation demands it. A supervisor with good leadership skills is likely to be more respected by workers and have an easier time taking initiative. Leaders in various positions may also complete supervisory tasks, such as a team leader supervising an important project. In the end, both supervisors and leaders are crucial components of an organization.

Uber employees describe a stressful and 'ridiculous' culture at the...
news from Markets
Faculty concerns about the fall are mounting
blog post from Inside Higher Ed | News