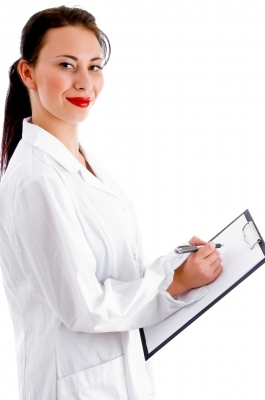 As of the end of the early 2014, eight million people are enrolled in new healthcare plans through the healthcare marketplace established by the Affordable Care Act, including an estimated five million who were previously uninsured. Another five million, mostly uninsured, also enrolled in the newly expanded Medicaid. With so many new enrollees, healthcare innovations are necessary to reduce costs and improve quality of care. Three healthcare companies are leading the way in innovation.

Smartphones and other digital technology are creating new ways for doctors to monitor patients and provide more effective patient care. Propeller Health is on the ground floor of this emerging industry with their new FDA-approved respiratory disease management platform. An example of digital healthcare innovation, the Propeller Health app uses a Bluetooth sensor in the patient's inhaler to collect real-time data on the patient's medication usage, which is then analyzed by the system and made available to the patient's healthcare providers. This information allows the doctor to accurately assess how well the patient's current treatment is working, without having to rely on the patient's memory.

A non-profit founded in 2011, the Henry Ford Innovation Institute's focus is advancing healthcare through digital innovation. The institute hopes to not only drive healthcare innovation, but to also revitalize Detroit, the same place where Henry Ford innovated the automobile over 100 years ago. The institute relies on philanthropic donations to fund its research. As of 2014, they have raised 20 million dollars that they plan to use to hire 12 new fellows to join their team of artists, scientists and doctors in the hunt for new healthcare innovations. They have already revolutionized the much-loathed hospital gown, by developing a new one that gives doctors easier access to the patient's body while providing improved protection for the patient's modesty.

With more and more states legalizing marijuana for both medicinal and recreational purposes, marijuana research is coming out of the shadows and into the light of mainstream research. Nuvilex, a biotechnology company focused on developing treatments for cancer and diabetes, is at the forefront of medical marijuana research with its subsidiary Medical Marijuana Sciences, Inc. They are leading medical marijuana healthcare innovation with research in proprietary "cellulose-based live-cell encapsulation technology" to deliver marijuana-derived therapies directly to cancer cells. Such research and treatments not only has the power to improve the quality of patient care, but to also remove the stigma surrounding medical marijuana.

Emerging technologies are creating an exciting new landscape in the field of healthcare. These companies are among a growing convergence vying to get a foothold in this new healthcare economy. Whether they're modernizing existing treatments, developing new ones or bravely dragging old taboos into new light, these organizations have positioned themselves as leaders in healthcare innovation.

Live Updates: Latest News on Coronavirus and Higher Education
blog post from Inside Higher Ed | News
Oppenheimer: These 3 Stocks Are Poised to Surge by at Least 60%
news via Yahoo Finance