Three Places Where Construction is Booming 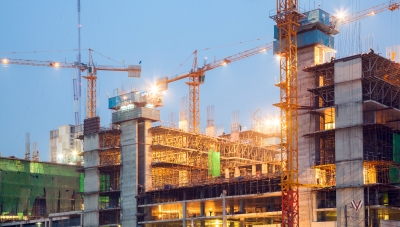 According to Forbes, the building industry is booming in big cities, so it's not surprising to learn that New York City has spent more on new construction than other U.S. cities so far this year. In the first five months of 2013, New York City saw $8.5 billion worth of new construction projects begin, which was a 16 percent increase over the first half of 2012. If you're looking for construction jobs that revolve around the housing industry, the Big Apple is the place to be. Numerous residential towers are in the works that will provide plenty of construction jobs, including a Bjarke-Ingels-designed pyramid-shaped building in Manhattan and the Atlantic Yards B2 Residential Tower, which will become the world's largest modular tower.

If you aren't thrilled about moving to a big city, you'll find plenty of construction jobs in Portland, Maine. Portland is Maine's largest city, but it hit its largest census mark in 1950 with 78,000 residents. Even though the city doesn't have millions of residents, city leaders have big plans for growth. Officials in Portland are planning to build hotels, condominiums, and a four-tower retail and housing complex over the next ten years. So, if you're looking for an area that has steady construction growth, Portland is a good option.

Register
Sign In
Bethesda's Nannies Brace For Government Shutdown
news via Politics - The...

A pioneer in the booming ETF industry breaks down her approach to t...
news from Markets