Tightening Up and Getting Back to Work 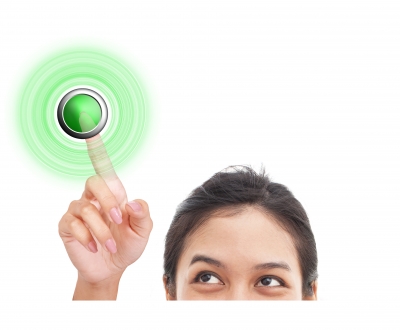 Once upon a time, the advertising industry was a much simpler place to navigate. Marketing agencies created tried-and-true-style billboards, flyers, and newspaper spreads for eager clients all over the United States—and they worked like a charm. Nowadays, however, advertising tips that worked "back in the day" no longer hold the same appeal. Consumers are bombarded with banners, posters, and other marketing materials on a mass basis and simply don't absorb information as they once did.

If, like many marketing professionals, you're looking for a brand new set of advertising tips to help your company meet clients' expectations, you're in luck. Rather than a roadblock, consumer apathy has created an atmosphere in which innovation is the solution. In other words, if the marketing industry's traditional approach is a lemon, simply give it a squeeze to generate fresh, juicy advertising ideas.

Television advertising has been hit particularly hard in recent years. Initially, increasing the number and the length of commercial breaks made up for viewer boredom and kept product sales relatively stable. However, the invention and widespread distribution of DVR technology flipped that paradigm on its head. Happy cable and satellite customers simply set their machines up in advance and began skipping through ad breaks.

Streaming has also put the kibosh on tactical TV ads as a well as a slew of go-to advertising tips. Consumers simply load the television and movie apps they want onto compatible Blu-ray players, tablets, or streaming boxes and watch without commercial interruption. App-based television is particularly popular because it is highly portable and very convenient.

To survive this tactical marketing siege, you need to understand why those good old advertising tips no longer work. In short, viewers are over stimulated and incredibly bored with traditional adverts. Nowadays, it's tough to amuse the average consumer: your advert is the equivalent of an audiovisual needle in a haystack. It's simply got to stand out to be seen.

The number one advertising tip is simple: ensure that your content—whatever it is—remains valuable and relevant as well as entertaining. If you can transmit your message, promote your company, and entertain your audience at the same time, you're doing well. Consumers want to feel valued—they want to see clever, engaging adverts rather than slapdash, humdrum commercials. They want to see innovation, artistry, and flair. In short, most consumers want you to sing for your supper, so to speak: they don't want to waste two minutes watching a mind-numbing commercial.

Get creative and experiment with an expanded marketing scheme. The top advertising tip for 2014 is easy to remember: break new ground. Entertain your potential customers and offer your ads in unexpected places. Disguise marketing as entertainment and you'll generate increased interest in your brand and gain industry respect at the same time.

Roger Cicala: the difference between sample variation and a 'bad co...
news via Articles: Digital...