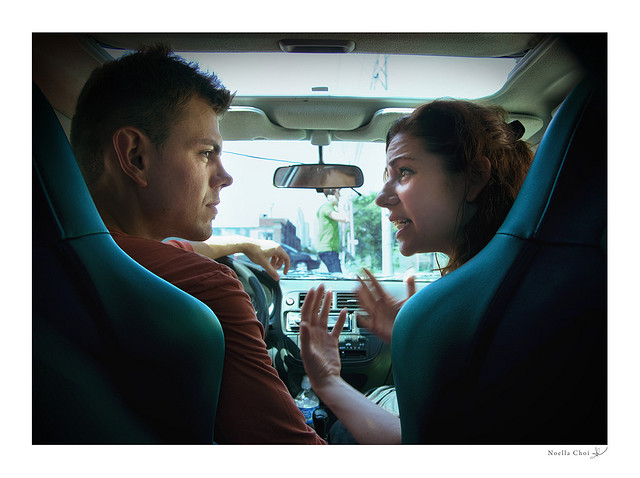 People argue for three primary reasons. Either they want to convince the other person to see things their way, they want to prove the other person wrong, or in many cases, they simply enjoy conflict and confrontation. Winning an argument, no matter your reason for being in it, requires a subtle shift in mindset. The most successful debaters don't actually argue at all; they persuade.

Arguing and persuading may seem like synonyms, or at least related terms, but they're actually quite different. Winning an argument requires mastering the latter and eschewing the former. While arguing involves forcefully pushing your own views and opinions and attempting to deconstruct those of the other person, persuading involves influencing the other person by creating a connection, acknowledging his credibility and listening more than you talk.

Creating a connection with your opponent is vital for persuading him and, ultimately, winning an argument. Imagine two people, each of them trying to convince you of something. One is a trusted friend while the other is a stranger who just knocked on your door. If you're like most people, you're more likely to hear out your friend and dismiss the stranger. Your opponent will, likewise, dismiss you if he feels no connection to you. Therefore, it is paramount to find common ground and form a connection before diving into the debate.

Once the argument begins, acknowledge your opponent's credibility. Let him know that although his opinions differ from yours, you respect them and don't think he's an idiot. This accomplishes two things. First, it helps to relax your opponent's defenses. If he thinks you look down on him or consider his knowledge inferior to yours, his focus during the conversation will be on defending himself rather than on listening to what you have to say. Also, when you show respect for your opponent and his opinions, he's much more likely to reciprocate when it's your turn to offer your point of view. Winning an argument necessitates your opponent listening to and respecting you.

Perhaps the biggest difference between arguing and persuading is time spent talking versus time spent listening. Listening is much more important than talking for winning an argument. Listening enables you to identify your opponent's hot buttons, as well as his objections. By seizing on moments of agreement, you take the first steps toward building a consensus for your point of view. Similarly, by overcoming objections early, you prevent your opponent from building a comprehensive case. Not listening while your opponent is speaking makes it difficult to capitalize on these moments.

It sounds like a catch-22 that the first step to winning an argument is to not argue. But shifting your mindset from arguing to persuading doesn't mean you take your eye off the prize of winning. Rather, it means you prevent your opponent from defending himself against your argument by concealing that you're even arguing at all.

Your Horoscope This Week
news via Refinery29
With Trump Pick Aboard, Supreme Court Tackles Religious Rights
news via Politics - The...