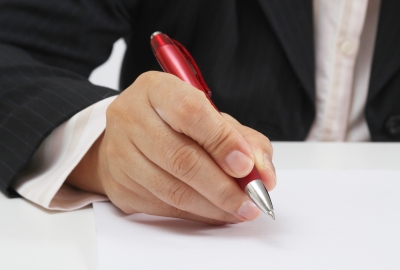 The business world puts so much emphasis on resumes in general, that the cover letter can seem like an afterthought. However, a strong cover letter is often something which separates the wheat from the chaff in a sizable pool of similarly qualified candidates. While the art of writing a cover letter is seemingly less cut and dry than putting together a resume, there are some strategies to ensure your cover letter stands out.

Start with Your Best Foot Forward

Oftentimes, your cover letter is your introduction as a candidate to your potential employer. Since you only get one chance at a first impression, the beginning of your letter does carry quite a bit of weight. Instead of opening with a cliché line simply stating which position you are applying for, think about opening with a line about one of your strengths and what you can bring to the position. This is the type of thing that most candidates save for later in the letter when they may have lost the reader's interest.

While it is crucial to convey what you have to offer, there is a fine line between confidence and unseemliness. Do not be afraid to state with honesty why you know you are suitable for the position, but think twice before comparing yourself with other potential candidates or that you are peerless. Focusing more on the organization that you hope to be a part of, and how you are suited to the organization and the position, makes for a strong cover letter more interesting to employers.

Your resume is a good place to include a comprehensive list of your skills and experience, but your cover letter is not. While you do not want your cover letter to be too short, a strong cover letter should be easily readable and offer a compelling argument as to why you are a good candidate. Include only the skills and experience that you feel is most relevant, and present them in an engaging fashion. If you can also include relevant information about the company, this goes also goes a long way: a study done by "The Washington Post" shows that 91 percent of employers prefer candidates who have researched the company.

Even if you have a great first line which hooks the reader, a strong cover letter keeps potential employer interested throughout. While part of resume writing is simply listing skills and accomplishments, in the case of cover letter writing it is better to captivate potential employers with strong writing. Utilize anecdotes when possible to get your message across, and use your cover letter as an opportunity to communicate things about your qualifications and interest in the position that you are unable to impart through your resume.

Cover letter writing is frequently one of the most daunting tasks of a job search. Many job seekers do put more emphasis on their resumes, which means that a strong cover letter is a way to catch the eye of employers, even employers who deal with large numbers of candidates. These tips will help your cover letter stand out.

9Photo courtesy of Pong at FreeDigitalPhotos.net)