Tips to Catch a Hacker 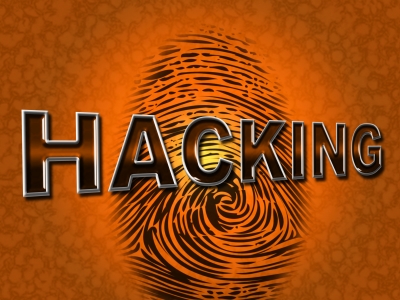 Computer hackers can wreak havoc on your network in a short amount of time, leaving your company vulnerable to security issues. A data breach can also hurt your reputation and make customers think twice about trusting your company with their sensitive data. If you are concerned about computer hackers, you can take several steps to prevent hacking in your organization.

Make sure end users understand the importance of taking security precautions when using the company network. Computer hackers often embed malicious code into third-party applications or advertisements, so warn employees about using social media networks on company-issued computers. If you allow employees to bring their own devices to work, instruct them to avoid downloading apps while they are on your network. Some of these apps contain malicious code that can infect your network in a matter of minutes. Create and implement policies related to the use of email and cloud-computing applications to ensure employees don't inadvertently make your network vulnerable to an attack.

If you allow employees to use company-owned devices at home or on the road, make sure your company has a strong encryption policy. This requires employees to transmit data via encrypted networks, preventing computer hackers from accessing the data. You should also require employees to store sensitive data on encrypted networks or portable media. If you implement an encryption policy, make sure it complies with state laws and local regulations, if applicable.

Make use of intrusion-detection software so you know if computer hackers are attempting to access your network. A robust software program helps identify increased hard-drive activity, suspicious traffic, reduced file integrity and other signs of hacking. This type of software also helps identify internal violations of your network-use policy, making it easier to prevent hacking by employees or contractors. Intrusion detection is especially important in industries that are vulnerable to hacking attempts. For example, the health care industry is especially vulnerable because computer hackers want access to Social Security numbers, medical record numbers and prescription drug information.

If you're concerned about internal data theft, install a software program designed to catch employees in the act of removing data from your network. This type of program tracks activity and alerts you if an employee suddenly starts sending large files to external email addresses or downloading sensitive data to portable media devices. Monitoring employee email is also a good way to prevent internal data theft. If an employee suddenly starts mentioning money problems in emails, there is a chance for the temptation to steal company data and sell it to the highest bidder.

A data breach can hurt your company's reputation and cost you a lot of money. Reduce your risk of data breaches by monitoring network activity, implementing an encryption policy and making employees aware of the importance of data security. Following these tips will help you keep computer hackers out of your network.

A Harvard professor warns that the US is falling behind in deployin...
news from Markets