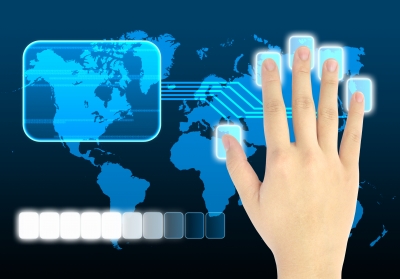 At the top of each year, it's valuable to take a look at annual predictions so you can adjust your career and skill-building strategy. Tech predictions affect not only the people making their living in IT, but everyone who relies on a cellphone or computer professionally and needs to keep tech skills up to date. Here are some top predictions for 2016.

1. Apple Must Change Its Strategy

Although Apple sits at the top of the tech world, the company is overly reliant on sales of its iPhone in a smartphone market that's trending downward. Apple needs to diversify in a big way in 2016 to stay on top of the ladder.

Another tech prediction involves your relationship with your interactive devices. While you currently need to initiate interaction with your smartphone, in 2016 that relationship may switch, with your devices stepping up to remind you of various events.

3. The Rise of Wearable Tech in Business

While the Fitbit and the Apple Watch have made an impact on people's personal lives, in 2016 wearable tech may become a player in the business world, streamlining the way security and passwords are handled.

With every book in the world available for purchase online, bookstores need to reinvent themselves. As major booksellers continue to fall, curated, artisanal bookstores that offer a personalized coffeehouse-type experience may begin to pop up in 2016.

A tech prediction in past years has been the rise of the connected home, with all tech and security run through one central interface. However, concerns about potential hacking are likely to keep this development on the back burner in 2016.

Look for 2016 to be a big year for short-lived hardware fads, such as the so-called "hoverboards" of 2015 that self-destructed due to reports of spontaneous fires. Don't jump too quickly on fad bandwagons in 2016, as their lives may be just as short.

Tech predictions for 2016 call for more specialization in products rather than the introduction of new, ground-breaking hardware. New tech products are likely to be marketed to more niche audiences.

Tech predictions made in the past regarding virtual reality have been wildly overblown, but augmented reality may come to the forefront in 2016. Augmented reality allows users to interact with data in a new way, as opposed to VR, which seems limited to the gaming world.

One thing that doesn't change in the tech world is the need for top tech skills. Programming in C, COBOL, Java and Fortran is still crucial to keep the tech world advancing, and you must keep these skills up to date to thrive in 2016.

While not all industry predictions come through each year, keeping up to date with what's happening in the tech world is vitally important for people in many fields. Watch these 10 areas to understand how you can make yourself more valuable in 2016.

Don't be distracted by Tesla's surprise profit — all that matters i...
news from Markets