Town with too many Jobs 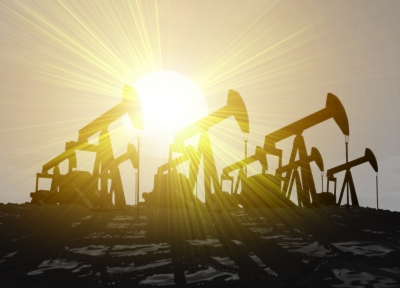 Woodward, Oklahoma is facing an employment crisis but not like the rest of the nation. In the small town there are more job openings than people applying and that’s statring to cause a problem. Help wanted signs swing from almost every window but no one is looking for jobs at places that once offered sought after positions.

The natural gas and oil boom has lured workers away from previously desirable positions and out to the oil fields where starting pay for someone without any experience averages close to $20 an hour and there are plenty of vacancies to go around. President of the Industrial Foundation in Woodward, LaVern Phillips told The Associated Press, "If you can walk and breathe out here, you can get a good job."

Woodward’s unemployment rate has dropped below 2 percent in August which is significantly lower than the country’s 8% jobless rate. According to the Oklahoma Employment Security Commission, the state of Oklahoma has the fourth lowest unemployment rate in the nation, at 4.7 percent. More than 6,200 jobs have been added in the mining sector since last year. These easily attainable, higher paying jobs are drawing people away from traditional service-sector jobs. "Everybody is having a tough time hiring," Mr. Phillips said. "It's a good problem to have."

Local Dairy Queen, owner Kenny Vassar might disagree. He has to cut operating hours at his store because there isn’t enough staff to fill the schedule. In the past he typically hired housewives and high school students. Now, even that talent pool has been diluted due to the oil fields. Vassar explains, "We've got kids that don't have to work anymore because Dad is making $28 an hour in the oil field, and the wives don't have to get out and work. We've got women out there driving oil trucks for $28 an hour."

Around the time natural gas prices spiked in 2008 the demand for U.S. natural gas grew. Since then gas prices have dropped so instead of gas producers have simply switched their focus to oil and other liquids. As a result of the nation's oil and natural gas boom drilling has expanded and breathed economic life into this small Oklahoma town. Employment opportunities are booming there. So is the local economy. Housing is scarce and the hotels are filled indefinitely.

For people who don't mind hard work and long hours, Woodard is a great place to get ahead financially. Vocationally there's no shortage of opportunity for anyone that applies. Harmon said, "Those people that are looking for jobs everywhere, they just better figure on moving."

After leaving his job operating a grain elevator to join a drilling crew that operates across western Oklahoma and the Texas Panhandle Carl Harmon doubled his salary. He often works 60 to 80 hours a week because, "That's what makes you money in the oil field is the overtime."

The money is so good at the oil fields even the government his having problems getting people to apply. The minimum-security state prison nearby has had 8 escapes this year already because there aren’t enough guards to keep the inmates from simply walking away.

Does this sound like something for you?  What are you waiting for?