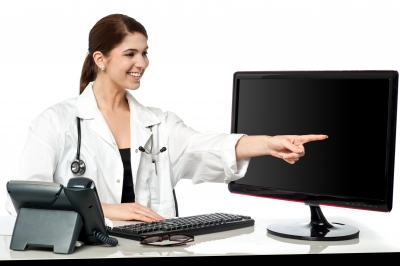 The Affordable Care Act was the most sweeping reform to the American health care system since the advent of Medicare. The ACA touches on every aspect of the industry, and it dramatically alters the outlook for certain health care jobs. It's important to know how it changes employment throughout the field, and what it means to you.

The first, and in many ways most obvious, effect the Affordable Care Act has had on health care jobs is to greatly increase the demand for professional workers. Tens of millions of previously uninsured Americans got coverage under the ACA, many of them for the first time. The unmet needs of these new patients has driven demand for medical services as people seek care for conditions that had been neglected as long as treatment was prohibitively expensive.

More new patients would drive hiring for health care jobs in any case, but there's more to the increased demand than just more open jobs. A higher demand for skilled people to fill newly open positions has the effect of driving up the salaries and benefits for currently occupied jobs in health care. This trend of rising demand driving growth in health care hiring is perhaps the most striking impact of the ACA.

The second major effect the ACA has had on health care jobs is more subtle than a simple increase in demand. One of the main considerations of the act's authors was to control domestic health care spending, which had grown to be the highest per capita in the world. This was accomplished, in part, by shifting the type of care that most patients would receive.

Under the pre-ACA system, many people with marginal access to care found themselves neglecting basic services until serious conditions had developed into emergencies. An example is a diabetic patient who avoided costly office visits only to be rushed to the emergency room during an acute episode of ketoacidosis. The cost of treatment for such a patient is generally far higher than simple preventive care would have been.

By incentivizing preventive care over emergency management, the ACA not only saves money but changes the complexion of the health care jobs being filled. Under the ACA's payment structure, demand for workers has shifted away from inefficient emergency management and palliative care and toward more general practice and preventive care specialties such as nutrition. This shift has the potential to change the way health care jobs are filled, as well as changing the way recruitment efforts are approached.

The passage of the ACA was a watershed for the American health care system. Of the changes it has wrought across the industry, two in particular — more open jobs as a result of high demand and the shift away from acute care to preventive medicine — stand out as major considerations for staffing experts as they work to fill their open health care jobs.