Two in Five Employees Missed Work Due to Depression 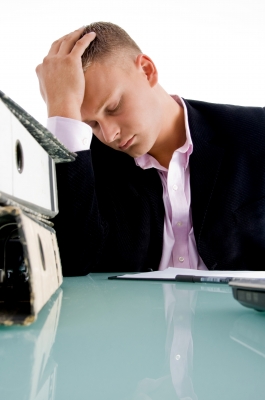 Clinical depression is a serious illness that affects millions of Americans. The Centers for Disease Control and Prevention estimate that each year, one in 10 American adults will be affected by some form of depression-related illness. The World Health Organization ranks clinical depression as the world's second-leading cause of disability. Consequently, depression greatly affects the lives of professionals at work.

A recent study performed by the Employers Health Coalition's Depression at Work Audit interviewed 1,000 American workers aged 16 to 64. Study results were released in November 2014 during the National Business Coalition on Health annual conference. The survey finds that 23 percent of respondents have been diagnosed with clinical depression at some point. Of those respondents, 40 percent stated they had taken time off work due to their depression.

"This survey provides evidence clearly demonstrating the detrimental impact of depression on the U.S. workforce and the associated stigma of the disease," says Brian Klepper, CEO of the NBCH. "There is a vital need for employers to provide support and resources in their workplaces for those suffering from this debilitating disease."

Unfortunately many employees battling clinical depression are too afraid to come forward to their employers, for fear of humiliation and job loss. Fifty-eight percent of the study participants who had some history of depression had not informed their employers, with 49 percent reporting that they were of afraid of putting their jobs at risk, and 24 percent stating the lack of confidentiality was too great.

Depression at work has several negative consequences, including reduced productivity, inability to focus, loss of concentration and impaired judgment. It also has dire financial consequences for both employees and business; the CDC estimates U.S. employers have lost $44 billion in lost workdays and decreased productivity.

To help eradicate clinical depression from the workplace, employees are encouraged to seek as many resources as possible. If healthcare is offered by your employer, see if it covers depression, counseling or other mental health services. If your depression is causing your performance to suffer, it is advisable to discreetly speak with a manager or supervisor you trust to explain your situation and possibly get a temporarily lighter workload. If the problems you're facing are too personal to discuss at work, try reaching out to friends, family, local support groups, community groups or clergy. For serious situations, always seek professional help.

Clinical depression can have a variety of causes, including finances, family matters or job stress. The good news is that it is treatable. In most cases, a combination of medication and therapy works wonders. The CDC recommends that all employers include mental health benefits in their healthcare plans. It's not clear how many plan to follow suit, but it is worth looking into if you're in need of assistance for clinical depression.