US Ranks Among Worst at Increasing Life Expectancy 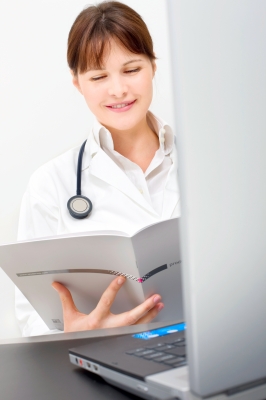 A relatively low life expectancy is not the only concern for healthcare workers. In late 2013, a report released by the UCLA Fielding School of Public Health and McGill University in Montreal stated that the United States is not effectively raising the life expectancy. The UCLA study found that, among the twenty-seven countries with the highest incomes in the world, the United States ranked twenty-second in terms of healthcare efficiency. The low ranking indicates that though Americans are paying a high price for healthcare, they are seeing a low return on their investment.

The UCLA study found that each hundred dollars spent on medical care in the United States led to an increase of less than fifteen days in overall US life expectancy. For the same amount in Germany, citizens can expect an increase of four months. For healthcare professionals, the UCLA findings are cause for alarm. Despite its thriving economy and advanced technology, the United States has a remarkably inefficient healthcare system.

According to a recent DailyFinance story, the habits of American citizens contribute to the slow rate of increase in US life expectancy. Despite the fact that the United States offers access to healthy, nutritious food options, the national obesity rate is skyrocketing. In 2013, according to the CDC, 35.7 percent of adults in the United States were obese. Obese people are more likely to get life-threatening diseases and suffer from heart attacks or severe diabetes. If obesity rates continue to grow, experts predict that most Americans will be obese by 2030. Under those circumstances, it will be increasingly difficult to increase US life expectancy.

For healthcare workers, the fight to increase US life expectancy is likely to be an uphill battle. Without significant reform in the efficiency of the healthcare industry, the country will continue to struggle to improve health and increase the average citizen's lifespan.

America’s Soviet Problem Is All Around Us
news via Politics - The...
Teaching this fall is not 'glorified Skype'
blog post from Inside Higher Ed | News