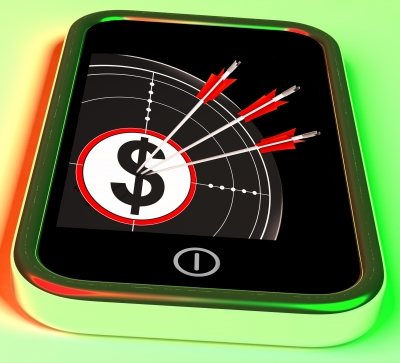 In an economy where many retailers are struggling to balance brick-and-mortar sales against booming online revenues, one industry is finding success in creating more retail stores, not less. United States wireless companies are creating growth by increasing their retail presence, as customers often prefer to handle smartphones and other wireless merchandise before making purchases.

Although it is possible to buy smartphones, cases, headsets and the associated wireless service plans online, many people still prefer to make their purchases in person. These same customers also need access to stores that offer phone repairs and other in-person services. Because of this, wireless companies are one of a number of industries that still benefit from increasing retail stores and distribution presence.

As other industries worry about balancing retail and online sales, wireless companies know that people are still interested in visiting wireless retail stores and testing out the newest merchandise. Some products, such as last year's iPhone 5s, become true retail events as people wait in line outside stores for the opportunity to make their purchases.

This means that wireless companies have huge incentives to increase retail stores. These companies also have incentives to partner with existing retailers to sell their products inside another retailer's storefront. In May 2014, Consumer Cellular announced it was expanding its presence inside Sears stores, adding 750 new Sears locations to its current roster. Consumer Cellular also sells its service and hardware at AAA and Radio Shack locations and, because of these partnerships, does not operate storefronts of its own.

Wireless companies are also working with big box stores to display and sell their products. In September 2013, for example, Sprint expanded its retail distribution presence to include 100 additional Costco stores, bringing its total Costco store partnerships up to 206. By working directly with Costco, Sprint is able to capture consumers while they are simultaneously shopping for everyday household needs. Sprint also maintains its own base of Sprint stores.

In many ways, this retail expansion is a natural derivative of mall kiosks commonly found in shopping malls across the country. As U.S. shoppers spend less time in shopping malls and more time shopping online and in one-stop retail stores such as Target, Walmart and Costco, wireless companies need to expand their retail presence beyond the shopping mall and take up residence in the stores where Americans regularly shop. This type of partnership is a win-win for both the wireless companies and the retail stores that host them.

Expect wireless companies to continue expanding their retail offerings and creating partnerships with existing retailers. Even though people are taking more and more of their shopping online, there are still significant advantages to shopping for smartphones and wireless plans in person.

Telus digs into agriculture as it diversifies its revenue
news via Financial Post - Top...