US Workforce Expected to Experience Substantial Fluctuations in 2015 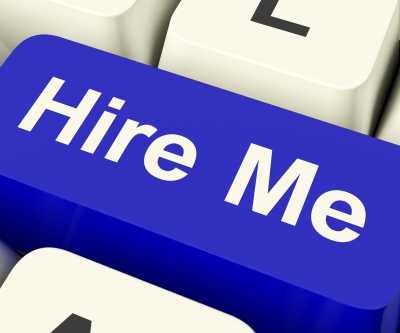 Many people found a new job in 2014 thanks to growth in the U.S. economy and huge winter holiday sales. Lower gas prices left more people with windfalls in their wallets to increase consumer spending. A more confident U.S. workforce may see a massive turnover in 2015 as employees seek better jobs than the ones they have already.

A new Saba Retention and Leadership Survey released in late January 2015 claims that 36 percent of people polled were looking for a new job. Respondents cited career growth opportunity as the impetus for changing their workplace. As many as 59 percent of respondents looking for a fresh start claim they have been in their positions five years or less. Nearly half of the entire American workforce have been in their current jobs less than five years.

The survey revealed a generational gap between those people seeking a new job and those who stay put. Nearly 45 percent of employees between the ages of 25 and 34 are currently looking for a new opportunity. Those who already have a job but seek a new one plan to leave their current job within seven months, or by sometime in June 2015. The Saba survey was taken online in early December 2014.

A perceived confidence boost in the U.S. labor market may lead to these massive changes. More than 4,000 job seekers were polled at the end of 2014, and many people feel optimistic about finding a new job in 2015. Health care, technology and engineering fields should see a lot of hiring due to shifts in the way companies rely on technological advances to get the job done. These industries contain many possibilities for career growth thanks to educational opportunities, certifications and retiring Baby Boomers.

The Saba survey demonstrates people looking for a new job do not just have entry-level positions. As much as 44 percent of managers and supervisors polled say they want to find a different job in 2015. If this shift occurs, that may alter job gap statistics with regards to Baby Boomers retiring. When labor statistics don't follow predicted patterns, those numbers throw off stock markets and investors may seek to make money elsewhere.

Employees seeking different opportunities want their jobs to have more meaning in their lives. More than half (55 percent) of respondents currently employed want their companies to play a role in an individual's career choices. In other words, most employees want to stay at the company they are with, just not necessarily the same job they have now. More than two-thirds of respondents feel they have leadership experience based on participation levels within their current business. This attitude suggests that people confident in their abilities will be actively seeking better, more fulfilling jobs moving forward.

Human resources managers should expect to stay busy in 2015, and that's not a bad thing. Many people want a new job this year, and they want their current employer to help with that goal. Perhaps hiring managers and recruiters should be proactive to help employees achieve their dreams sooner rather than later.