Uber's Legacy Hange in the Balance 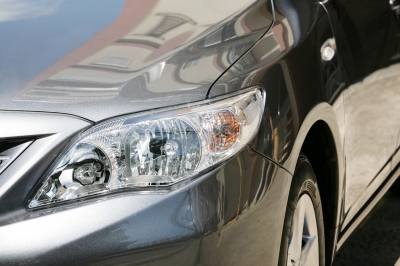 Ride-sharing company Uber has experienced an almost meteoric rise to success in the past few years. The bigger it has grown, however, the more controversial its methods have become. Recent media reports have not been kind to the blossoming firm, in part because of some failures in its driver vetting protocols. Some journalists maintain that Uber service is a groundbreaking offering, whereas others accuse the company of gross and continual negligence.

Public opinion about the company is steeply divided. On the surface, the Uber service is a simple one: you install an app on your phone and use it to call a driver who picks you up at a designated location and pre-arranged time. Because it is essentially a ride-sharing service, it costs less than a comparable commercial taxi fare.

Under its technological veneer, however, the Uber service is considerably more complex. Its ride-share business plan cleverly circumvents nearly every legal regulation applied to a traditional taxi services. Historically, Uber's driver background checks have not always been airtight. A San Francisco driver accused of assaulting a passenger was found to have a prior conviction on felony drugs charges before his employment with Uber began. Other incidents, including the rape of a female passenger in India, have put the company's vetting process under the media microscope.

Reaction to Uber service in America has been very mixed. On one hand, Uber offers a low-cost way to get around, making it a tempting alternative to traditional taxis. On the other, most states have not developed or implemented any meaningful regulations for Uber or similar companies. The exception is California, where Uber is headquartered, which permanently recognized ride-sharing services as transportation network companies in 2013.

The legalization of transportation networks aside, Uber has not always demonstrated a strong knack for public relations. Accusations against the firm have included the use of unfair tactics, such as its employees booking then canceling rides from competitors like Lyft specifically to create service disruptions for them. A company executive was caught publicly suggesting that the company should dig up and publish dirt on journalists who wrote unflattering things about it. Rumors have persisted of a sexist subculture, which manifested itself in controversial ads in Europe that the company had to pull. And taxi drivers continue to protest the existence of Uber on a global basis.

If Uber can evolve to fall in line with regional and international regulations, that will greatly improve its outlook. Currently, Uber service is completely banned in the Belgian city of Brussels, in the German cities of Hamburg and Berlin and in many Indian cities. Countrywide bans in Spain and Thailand, combined with steep fines in other international locations, have made it more difficult for Uber to operate. However, Uber continues to offer its services as an alternative to public transportation in many areas and is moving into new locations as quickly as possible.

The debate about Uber is not likely to end any time soon. As the company continues to expand around the globe, its strengths and weaknesses are likely to be brought into even finer focus. Many industry experts agree that although the Uber service is effective, the company itself may not currently be as capable or sophisticated as its product, which could lead to future difficulties.