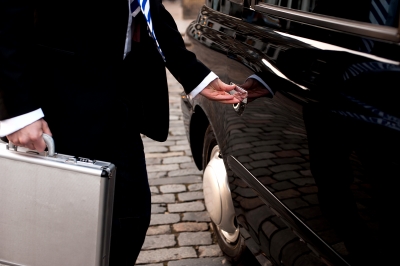 Uber, the online ride-sharing service that competes with taxi services in hundreds of urban areas worldwide, has joined the bidding war for Nokia Here. Uber's bid of $3 billion contends with a consortium of German automakers that use Nokia's mapping service as part of a GPS navigation system.

Uber currently relies heavily on Google Maps, the main competitor to Nokia Here. Uber cars need current mapping information in order to connect drivers to people who pay for rides. Nokia's system runs more efficiently as the technology is a part of 80 percent of built-in car GPS navigation tools on the road, as of 2015. The mobile telecommunications giant competes with Google and Apple in this niche field of mapping technology.

The Finnish company expects to complete negotiations of the sale of Nokia Here by the end of May 2015. Nokia spends hundreds of millions per year in order to update maps all over the world, including Asia and the United States. The mapping service adjusts 3 million times daily thanks to 6,000 employees worldwide who work on Nokia's systems.

Logistics companies increasingly need updated maps to deliver goods. This information reaches consumers over the Internet and through mobile apps. Driverless, automated cars need current map data in order to function properly. The GPS in German cars made by BMW, Audi and Mercedes-Benz must handle large loads of data to integrate into a computer's information network to make driverless technology more viable.

German automakers currently compete with Google Maps and the Internet giant's push to create autonomous vehicles in the United States. The purchase of Nokia Here may help mitigate Google's large investments. Nokia and Google are two main companies capable of delivering accurate mapping data to firms such as FedEx, UPS and Amazon.

These investments coincided with the launch of UberEats in February 2015 in Barcelona, Spain. The meal delivery service promises to deliver a diverse selection of food options in 10 minutes or less. Several restaurants signed onto the service. Uber has already test-marketed delivery services in Los Angeles and New York.

The consortium of German automakers may outbid Uber for Nokia Here. The companies want to share mapping data with other companies under a license agreement, which brings more revenue to the German firms. Combined with driverless cars, Nokia's technology could set up the three German car companies for the next several decades of technological innovations.

Uber's bid for Nokia Here sends a signal that the ride-sharing service may branch out to become a logistics company in addition to a transportation firm. Deliveries of restaurant food, goods and packages may help alleviate Uber's reputation as a bad taxi service.