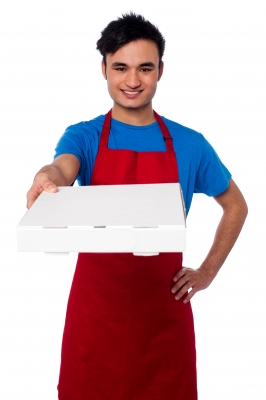 Uber, the company that made finding a ride easy with its popular mobile app, has launched a new meal delivery service in Barcelona. UberEATS, which launched in February 2015, allows users to select meals from a diverse menu for delivery in 10 minutes or less.

Uber partnered with the local food guide Plateselector to create its new meal delivery service. This partnership is able to identify the best local restaurants, display their menus on the UberEATS mobile app, and allow users to place orders for delivery.

Uber claims to be able to deliver food orders in "less than 10 minutes," which is great news for hungry Barcelona residents and visitors. In a blog post announcing the new meal delivery service, the company wrote, "Uber is always looking for ways to use technology to get people connected to their world as quickly and as efficiently as possible."

Why has Uber chosen Barcelona as the site of its latest venture into the delivery service market? As well as being a city of well over 1.5 million people, Barcelona is also the host of the 2015 Mobile World Congress. The crowds of mobile developers and investors pouring into the city for the conference have the opportunity to try out Uber's latest service for themselves.

Uber has been banned from offering taxi services in Spain by the Spanish authorities, after strong opposition from licensed taxi drivers who complained that Uber was threatening their livelihoods. The new delivery service gives Uber drivers in Barcelona an alternative way of making money through the Uber network.

UberEATS is certainly making an impact following its launch in Barcelona, but if the company plans to expand its service to other cities and other nations, it is likely to face stiff competition. The United States already has a well-established online food delivery service, GrubHub. Many European countries also have their own services, such as Just Eat in the UK and Delivery Hero in Berlin. La Nevera Roja is a Spanish equivalent that has recently received funding from the German company Rocket Internet.

Uber has been valued at a staggering $40 billion, although some claim that such a high valuation is not justified. The ride-sharing company is attempting to prove these critics wrong by expanding its operations into the meal delivery service market. With attendees of the Mobile World Congress about to arrive in Barcelona, Uber is under pressure to prove that its new service can deliver on its promises.

Register
Sign In
UberEATS rolling out in Pittsburgh
news via Media & Marketing...