Upcoming Graduates Should be Optimistic: Learn to Network Smarter Now 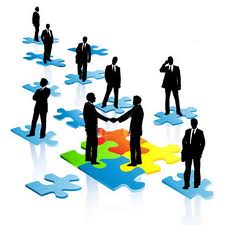 College students who are graduating next month should be optimistic about prospects. A March report from the National Association of Colleges and Employers predicts a 10.2 percent increase in the hiring of new college graduates compared to the hiring of the Class of 2011. As with any new report, specific majors have varying degrees of hiring. Of the 160 companies surveyed, most were hiring in the areas of engineering, business, accounting and computer sciences. I doubt that this is entirely surprising – it seems like people with these majors generally have an easier time of finding a job. Prospects vary depending on location; western and southeastern states had the highest percentage of growth for new hires. Interestingly enough, these states typically say they don’t have enough in-state graduates to fill jobs. So if you were considering a location change, now is the time to try something new.

With this optimistic outlook, it's important to recognize the resources at your disposal. In my article last week, I wrote about networking and its impact on your job search and career. Networking has taken on a new meaning since social media has come to the forefront. In recent news, it’s been shown as a blessing and a curse. Some job applicants are claiming that potential employers are asking for Facebook passwords during an interview. Is this the trend of the future? And how can you best prepare yourself…and your profile?

I've looked through numerous articles to find ones that offer great advice for novices. I really liked this article by Amy Gallo. She mentions that one needs to build a personal brand on appropriate social networking sites, along with demonstrating proficiency and learning from your network. I've talked at length about building a personal brand, but it's crucial to use networking as a two-way street. You need to seek out those who will enhance your understanding of your career. This can include participating in webinars, live chats, and surveys. By learning more about your field or your city, you can show that you're interested in learning from others with more experience. I often search online for articles about 'social networking advice in teaching.' I've found numerous sites that offer chats through social networking, which has rendered me more knowledgable. I recommend this for anyone, but particularly for college seniors and recent graduates. Use EVERY tool you have.

Have you used networking successfully to find others in your field? What would you like to know more about when it comes to social networking?