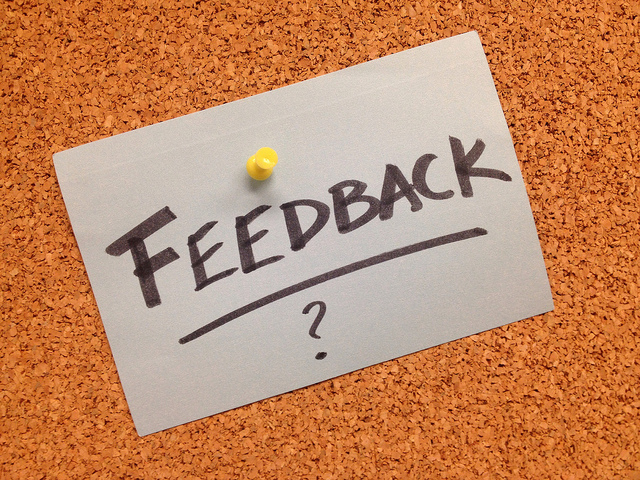 In the business world, anonymous feedback, known as 360 degree feedback, given by peers and managers is becoming more and more popular. Peers review each other anonymously to managers, and each employee receives those reviews. With anonymity, the feedback has proven to be more honest and more effective in improving the performance of employees.

Requesting feedback from co-workers or managers is a simple task. However, more often than not, because of relationships built with that co-worker and the fear of offending someone, the feedback isn’t as honest or as helpful as it could be. Some employees feel obligated to give positive feedback, regardless of whether it’s true. Employees can be hesitant to offer any sort of feedback that may be seen as complaining or whining about another person.

Given how companies are beginning to condense, asking for peer reviews and performance evaluations is a great idea on paper. However, because employees feel pressured to lie in order to remain positive about co-workers, these performance reviews don’t really say anything honest about the employee and their ability to solve problems or complete work. So how can employees give honest feedback without worrying about offending someone or being seen as a whiner?

There are a few steps managers and employers should take in order to ensure their 360 degree feedback process is one that provides relevant, honest criticism or praise.

First and foremost, ensure that employees who review others understand the functions of his peers’ roles. Receiving feedback from someone who doesn’t understand the job function can be damaging and can undermine the entire 360 degree feedback process.

Second, don’t overwhelm employees by having them grade or review dozens of their peers. Although 360 degree feedback can be very effective, it also can take up a great deal of time when an employee has to review and answer questions about 40 of his peers. Instead, try breaking employees down by groups of five or six to ensure no one feels overwhelmed. Likewise, this discourages employees from rushing through surveys just to complete the task.

Finally, ensure that feedback in the process includes any praise or recognition of tasks and projects. Hearing only negative criticism or neutral feedback can be discouraging or disheartening to the receiver; including praise can reignite drive and motivation to do better work or work harder.

Using 360 degree feedback is a wonderful way to exchange honest, candid feedback without putting employees in a negative light among their peers. By customizing the process to fit the company's needs, managers and employers can create an effective and honest feedback loop that encourages a healthy, productive work environment.