Use These Tips to Go Back to a Former Employer 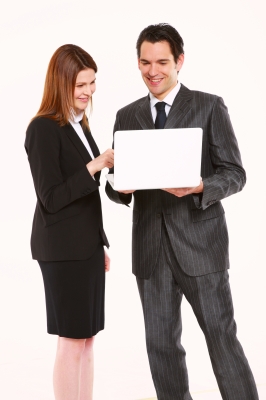 A survey from CareerBuilder notes that as many as 39 percent of employers may hire back former workers in 2018. That's due to the highly competitive job market where viable talent is at a premium and companies are raising wages to attract top talent. Consider returning to a former employer if the time is right. Take a look at some tips before you decide on going back to a previous company.

Think about how you left your former employer before considering approaching someone for a job. Leaving on good terms, with two weeks' notice and not burning any bridges, leaves a possibility for returning to an employer later in your career. Maintaining your network with former colleagues and supervisors helps you more easily reconnect with your old company.

On the other hand, leaving on less-than-ideal terms hinders your return. If you were let go or terminated, coming back might be impossible. Leaving on short notice or disliking your old boss could also present issues. Maybe the company culture has not changed since you left and you simply cannot go back to a place that does not fit your ideals even if the pay is higher or you're targeting a different role.

Think about the exit interview you had with your former employer. An exit interview gives a good indication as to what your previous company thinks about hiring you back. An exit interview is a formal way to have a positive experience when leaving an employer. Look at your copy of the form and letter you received. Somewhere on there it should say if the company would hire you back.

You decided after careful consideration to re-apply at a former employer. The first thing you should do is reach out to your previous manager. That person knows you the best of anyone at the company, and he can put you in touch with someone responsible for hiring you.

Call your old manager instead of emailing. Try to gauge the person's response to the idea of you coming back by listening to his tone of voice. Be honest about your reasons for leaving and see how your former boss reacts. If your previous manager balks at the idea, move on and find employment elsewhere.

Ask about the company's policy about hiring former employees. Some firms do not hire previous workers for any reason. Your former employer may allow a re-hire if you had positive reviews and recommendations. The proof is in the written reviews that you signed. Refer to these documents if you still have copies of them.

Add Value to Your Brand

Sell the company on the benefits of hiring you back. You obtained new skills since you left, you departed on a positive note and you still value your time spent with the employer. Demonstrate that you have a renewed commitment to the company's mission. The main advantage you have is that you already know the company culture and whether it's a fit for you.

A former employer is a great place to rejuvenate your career because you're already familiar with the place. Going back can be as easy as reconnecting with your old boss and letting him know you're ready for new challenges.