Warning: Smoking Can Be Hazardous to Your Job Search 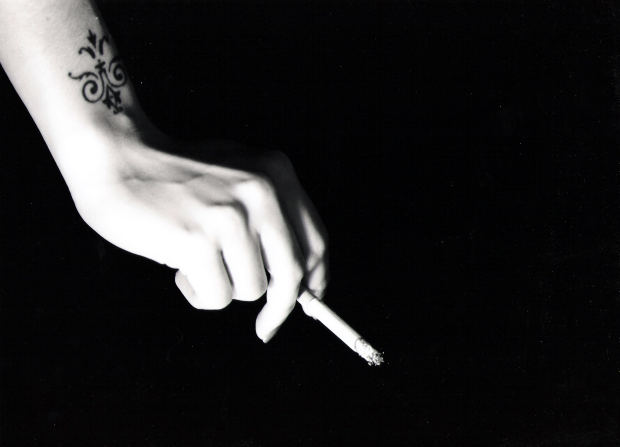 By now, everyone knows that smoking cigarettes is hazardous to your health, but did you know that it can also be hazardous to your job search? It seems that more and more employers have begun to only hire people who are non-smokers. Over the past few years, there has been a huge increase in the number of “smoke free” workplaces that prevent their employees from going outside to smoke, even during their non-paid lunch breaks, ensuring that they won't smoke during their workday at all. Still, the move to not hiring people who smoke at all is very controversial.

On one side, there are those who believe that an employer doesn't have the right to decide what their employees do during their free time. Since tobacco is a legal substance, preventing workers from using it is similar to not allowing employees to drink alcohol when they're off the clock. In a lot of ways, this practice seems extremely invasive and discriminatory. In fact, 29 states in the U.S have passed legislation that prohibits employers from refusing to hire candidates simply because they smoke. However, in the remaining 21 states, many employers, from health care organizations to large non-medical companies, have made not hiring smokers part of their corporate policy. According to a 2012 Harris poll, 65% of Americans oppose this practice, and a large majority of those say that it's simply unethical.

The most common reason employers give for not hiring smokers is to set an example and make non-smoking part of their corporate culture. In an attempt to project a more health conscious image, the companies insist that their employees are actually role models for others, and that smoking themselves sends the wrong message. Another reason they give is that having more employees who smoke raises the health care costs for everyone and that those who smoke must take personal responsibility for their choices. They claim that having an employee who smokes increases the cost to the company, not just by way of healthcare premiums, but in higher rates of absenteeism and lower productivity.

For healthcare companies, discriminating against applicants who smoke seems, to me at least, to send a completely different, yet still wrong, message. Although I understand the desire to project an image of health consciousness among employees, discriminating against one specific group because their behavior may cause them to have health problems seems overly judgmental and intolerant. Healthcare companies, doctors and hospitals treat a wide range of patients who have many different illnesses – some of which have been caused by the patient's behavioral choices. Cases of heart failure, diabetes, infections from unprotected sex, sports injuries and even injuries from car accidents can be blamed, in part, on a patient's bad choices. We rely on healthcare professionals to treat us with dignity and to give us the best care possible, no matter what degree of responsibility we have for our condition. To refuse to hire a qualified job applicant based on their personal health choices goes against this standard.

It's important to take into consideration how addictive nicotine is and how much control smokers have over their behavior. Among adults who currently smoke, 86% began smoking before they were 18 – before they had the capacity to make adult choices. In addition, their decision to smoke was influenced, in a large part, by advertisements and product placements that were specifically designed to promote underage smoking and to make the behavior look “cool.” Although this practice is now illegal, it certainly wasn't back when I was a teenager. It's thought that almost 70% of smokers want to quit, but each year, only about 5% actually are successful without help. Even when a company works hard to institute a smoking cessation program and offers financial incentives for success, only about 9% of employees manage to remain smoke-free for an entire year.

Although the practice of discriminating against smokers is still relatively new, it's something that job seekers who smoke should be aware of. If you are looking for a new job and you smoke, this might be a great time to quit. If you aren't ready to quit just yet, be sure to not smoke before your interview. Even if a hiring manager doesn't ask you if you smoke, they will certainly notice that you smell like cigarettes.

Personally, after smoking for more that twenty years, I have decided to quit and have managed to be smoke-free for over a month and counting. It took me a long time to get to the place where I could really try to quit, so I am not judging anyone for not being there yet. One thing I've noticed since I've stopped smoking is that the smell of cigarettes is much more noticeable than I previously thought. If you don't want to smell like smoke when you arrive at an interview, don't smoke in a closed space after you've put on your interview clothes. That means not in your house, not in the bathroom while you're putting on makeup or even in the car with the windows down – it's still noticeable. After you have your last cigarette before the interview, stop in the restroom and apply a small amount of body spray or very light perfume. Chew a piece of gum for a minute or two and be sure to wash your hands really well. If possible, you can bring a travel sized bottle of mouthwash to use, just to be extra confident. If you're wearing a jacket, you can try not wearing it when you smoke and keeping it as free from smoke as possible. If you're a woman with longer hair, try wearing your hair up so that any smoke smell is less noticeable.

Even though employers shouldn't discriminate against smokers, if you smoke, it's a good idea to be discrete about your habit during the interview and even after you're hired.

Have you noticed more employers not hiring people who smoke? What do you think about this trend? Please share your thoughts in the comments.