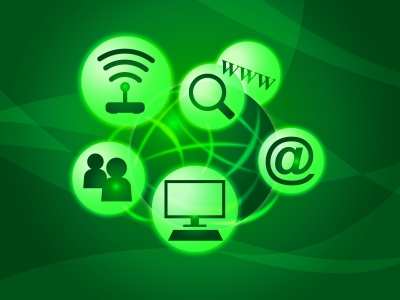 In a world of rapid, high-tech communication, verbosity is largely verboten. Many of the most popular mediums of contemporary communication enforce character limits, making penning comprehensive messages exceedingly difficult. Perhaps the most notable for using this kind of "character policing" is Twitter. Many see the benefits of using Twitter as a vehicle for enhancing visibility, but its limit of 140 characters may hinder effectiveness, which in turn impedes users' eagerness to utilize the social network.

Almost anyone who uses Twitter has, at least once, finished composing a perfect tweet only to find himself confronted with that pesky, negative number below the text box that says, "Not so fast, buddy, edit some of this out; pare it down to only the most essential tidbits." This over-limit indicator is the social media version of a speeding ticket, an admonition to slow it down, take it easy and reduce the depth and breadth of your communication.

While frustrating for the casual tweeter, it's even more problematic for those who use Twitter as a means of social media marketing. For users of this ilk, the content of the message is so important and the production of the proper nuanced communication so vital that having to reduce the message by even a character can be the stuff of nightmares.

So why not increase the character limit? There is something to be said for staying true to your roots. When Twitter entered the market, this character limit is what kept things short and sweet — what prevented people from preparing lengthy prose passages when a few words would do. However, this media form has changed. What it has become today differs greatly from what it was when it started — a freshly hatched gosling trying to compete with already established media moguls. Now that Twitter has come into its own, does it really need as strict and limited a calling card?

Developments in Twitter functionality do provide a reasonable workaround for users who are desperate to communicate more than they can adequately express with 140 characters. Tweeters can now add pictures and links to their tweets, allowing them to use the tweets themselves as teasers of sorts, and do the bulk of the communication on the site to which the link leads or in the image.

Rules are rules, and abolishing all of them isn't likely a wise choice. It is these rules that prevent companies from blending into a gray mass, indistinguishable from each other. But the question remains concerning who is winning, and perhaps more importantly, who is losing, as a result of these strict rules. Would companies be more eager to dive into Twitter were the limits lifted? If so, a rule re-evaluation benefits this tweety powerhouse.

Jessica Chastain Just Got Into A Heated Twitter Debate About White ...
news via Refinery29
The Funniest Tweets From Parents This Week
news via Parents - The...