We are Freelancers, NOT Robots! 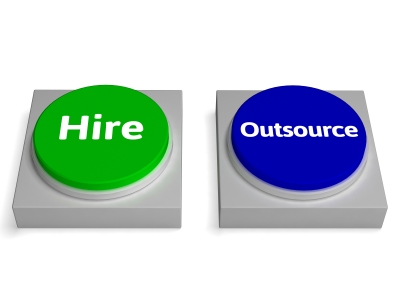 More and more technology companies rely on freelance labor to deliver services to consumers. The Great Recession sparked a crush of on-demand workers within America's labor pool since the unemployed were forced to look at earning money differently. A series of lawsuits against some of these large companies challenges the way labor laws look at freelance work.

The Wall Street Journal reports some workers for Uber, Handybook and Amazon's Mechanical Turk platform believe the freelance labor model gives on-demand workers "little control" over labor terms. Some laborers feel they put themselves at risk for little pay and few rewards. Some companies such as Uber pay drivers close to $20 per hour for their services.

One issue lies in how on-demand workers get classified by the IRS for legal purposes. Companies do not have to give contract workers the same benefits, salaries or compensation as regular employees. Freelancers get to set their own schedules and take only the assignments they want. However, some companies, such as FedEx, incorrectly classified contract laborers due to the requirements of the job. An appeals court ruled in 2014 that some drivers, listed as independent contractors, had to wear FedEx uniforms, drive the company's vehicles and conform to grooming standards. CrowdFlower faced a class-action lawsuit for paying contractors $2 to $3 per hour, while Handybook workers also filed class-action litigation claiming the company had more control over independent contractors.

Managers, CEOs, owners and companies face several benefits and caveats by having on-demand workers in their labor pool. Companies are not required to pay contract labor minimum wage because these workers earn money per contract, not per hour. Employers get tax benefits for having freelancers since companies do not have to withhold income taxes, pay Social Security taxes, set aside unemployment taxes or figure Medicare tax.

However, contractors do not have to attend company functions and cannot be forced to abide by company rules that do not break applicable laws. The freedom to pay less-than minimum wage comes with the price of less control over that aspect of hired help. As long as on-demand workers do not break contracts, they can finish jobs by whatever means necessary within the law. If the FedEx contract did not specifically state drivers must wear uniforms, then those freelance laborers should not have to wear them. Independent contractors have more control over how and when a job gets completed, as opposed to employees who must complete tasks as mandated by the companies for which they work.

Despite growing concerns of freelancers, this type of relationship with management has grown substantially. A survey conducted in 2013 reveals 50 percent of full-time professionals who work independently on the side plan on freelancing completely within two years. Plus, 53 million workers, or one-third of America's labor force, engages in some kind of freelance work as opposed to traditional employment. The appeal of working when someone wants to, even from home in some cases, makes freelancing worth more to a growing segment of the population.

The relationship between on-demand workers and the companies that hire them may not be perfect. Yet, despite rumblings from some workers, this type of arrangement seems to gain traction with an increasingly independent work force.