What Customer Confidence Means for the Job Market 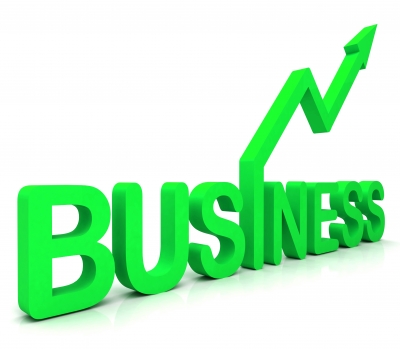 Consumer confidence and a stronger job market are a bit like the chicken and the egg. It's impossible to say which one comes first, but it's obvious the two are closely related. There are, however, a few definite ways that consumer confidence impacts on the availability of jobs, especially in customer service or retail organizations.

The summer of 2013 has seen the highest consumer confidence indexes of the year. According to Gallup's Economic Confidence Index, confidence peaked in July before dropping and then rebounding slightly in the first week of August. Confidence is higher on average in 2013 than it has been in recent years due to increasing home values, stronger stock values, and increasing job creation. Although consumers remain wary and generally critical of the American economy, spending in a variety of areas is rising, resulting in a boost for the overall job market.

According to Fox News, consumer spending accounts for 70 percent of domestic economic activity; when consumers have the confidence to spend at increased rates, that's a move in a positive direction for retailers. When customers start showing up in increasing numbers, customer service jobs are some of the first to be created. Many organizations may begin hiring slowly to avoid having to lay off staff if consumer confidence and spending suddenly drop. It's an increasing trend for employers across all industries to hire temps to avoid the expenses associated with severance packages or unemployment if things don't work out as planned. CSRs who can land a temp job in the current economy should work hard to impress employers, as there's a likelihood of permanent employment if the economy stabilizes.

Spending related to consumer confidence isn't the only thing to drive the customer-service job creation. There's a circular reaction that causes created jobs to create more jobs, especially at a local or city level. When people can spend more, local restaurants and shops put out the help-wanted signs. When jobs are more available, more people move to the area, where they will purchase or rent homes, contribute to the local economy, and open businesses. More people to serve equates to extra customer service jobs. It's not something that happens overnight, but it's an example of how increased job numbers drive consumer confidence, which in turn drives job creation.

If you're in the customer service industry and things aren't looking up in your area, it may just be a matter of time. Confidence indexes haven't yet peaked above pre-recession levels, so the economy is still climbing out of the trough. You'll also see a difference based on local economic efforts and whether or not city and state industries are faring well. In the meantime, put your best foot forward and keep your resume strong. You never know when you'll be able to pick from numerous lucrative customer service jobs.

Although consumer confidence isn't the only indicator for job creation trends, it's strongly tied to job numbers and unemployment. If people in your area seem to be spending with less stress, it's likely a good sign for things to come.