What Do Robots Have to do With Evolution? 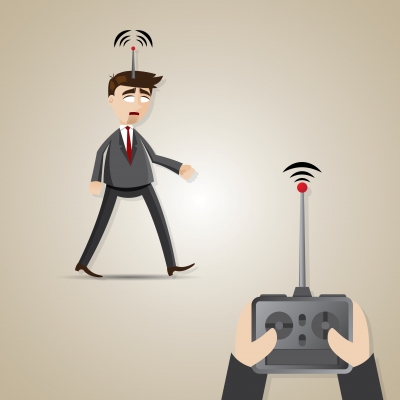 Researchers at the University of Cambridge created a mother-like robot able to determine which of its "offspring" are best suited to work on real-world engineering principles. The engineers decided to find out if robotic evolution could occur as the "parent" could select which of its offspring harbors the best chance for survival.

Instead of natural selection, this experiment featured mechanical selection with very basic artificial intelligence. Robotic evolution occurred as a mechanical arm gathered small plastic cubes that contained motors, and then the "mother" arm attempted to determine how the cubes fit together to produce the best possible result. The cubes represent various genes that create physical characteristics within life-forms. The cube combinations, when stuck together using glue supplied by the mechanical arm, produce a viable life-form.

The robot arm used a gripper and glue to make 10 generations of 10 offspring over the course of five experiments. Humans programmed the characteristics of each cube into the software behind the mechanical arm. The "mother" took into account the types of cubes based on the size of the object and the speed at which the motors inside the cubes moved. Then, robotic evolution happened as the mother made choices.

A video shows how the mechanical arm glued one cube to another, set the combined object on its side and then allowed the cube combination to roll around on a table. The robot started experiments by combining just two cubes, and then adding a third cube to create the final life-form. Two of the cubes contained motors, while a smaller cube was idle. The final stage of robotic evolution showed an artificial life-form with two movable cubes and a third cube that served as an artificial leg.

Engineers wanted to show how robots can improve on their own designs and create better machines without human prompting and within the design of their own artificial intelligence. This experiment was relatively simple, with just a few physical parameters including small cubes with simple motors to get the objects rolling.

Advanced robotics keep growing as companies invest in this type of technology. Instead of robots that perform just one job on the assembly line, collaborative robots work alongside humans in factories to produce consumer goods. These advanced machines can move easily from one job to another, which means mechanical engineers do not have to disassemble large machines to switch robots from one task to another. Instead, these newer robots adapt to work in various conditions and on different tasks within the assembly line.

The main advantage to robotic evolution is that humans do not have to wait to see results. Computers excel at crunching numbers and variables, so software embedded within machines works quickly to ascertain the best results. This technology can benefit companies seeking to improve mechanical designs.

Photo courtesy of iosphere at FreeDigitalPhotos.net

The Dating Slang Terms You Need To Know
news via Refinery29